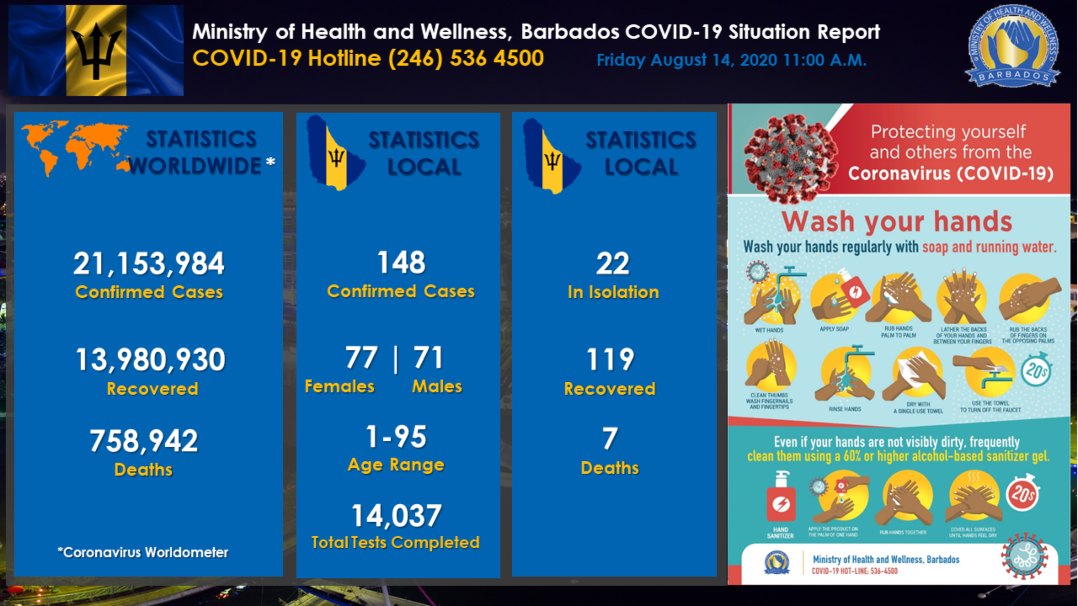 Four people went into isolation on August 14 after being diagnosed with COVID-19.

There are now 148 cases of COVID-19 recorded in Barbados, and 119 people have recovered. Twenty-two people are in isolation.

Meanwhile, one person was discharged from the facility at Harrison Point, St Lucy.