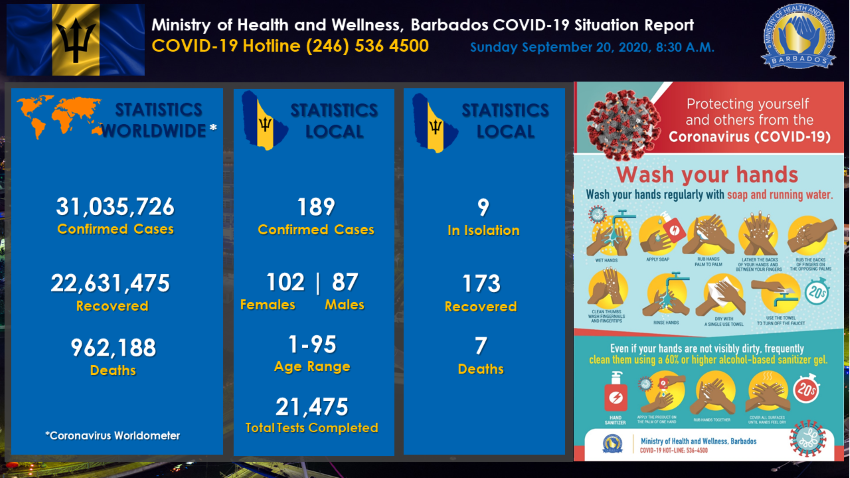 Meanwhile, one person will leave the facility today after recovering.

Positives cases recorded since March 16 now number 189, comprising 102 females and 87 males. There are nine people in isolation and 173 have recovered.

COVID-19 Update: No new cases but one person released from isolation