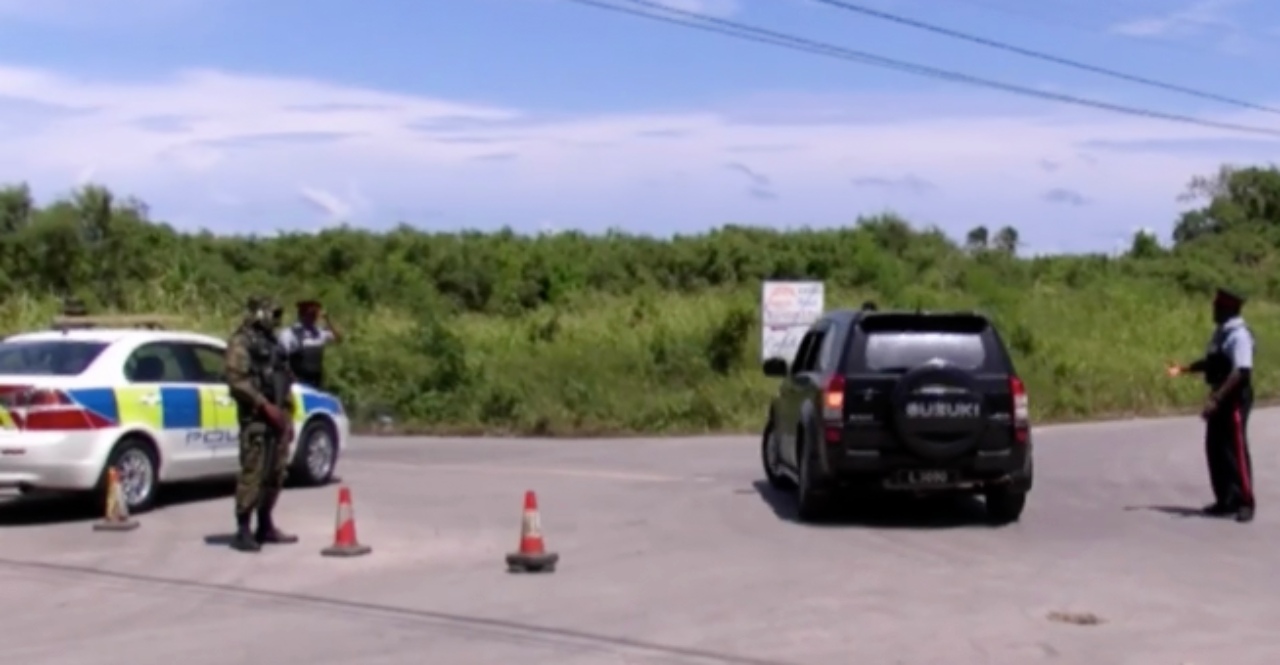 One of the checkpoints in close proximity to the Crab Hill Police Station.

More than 12 hours of patrols; stop and searches of people, vehicles and homes; and even high-speed vehicle chases in and around the community of Crab Hill in St. Lucy by members of the Royal Barbados Police Force and the Barbados Defence Force were not in vain.

Though five officers were injured during the day's exercise, the approximately 100 uniform and plainclothes participants were able to make some critical inroads into ongoing investigations surrounding two shootings in Crab Hill on Sunday, September 30 - a fatal shooting and another shooting which left two injured.

"The Royal Barbados Police Force mounted a police operation with the assistance of the Barbados Defence Force. Uniformed and plainclothes elements of both agencies were engaged in three specific operational areas namely:- Vehicle Checks, execution of search warrants and the searching of other areas and people.
"The operation commenced about 2:00 am," yesterday, Friday, October 12, 2018.

By around 5:30 pm yesterday evening, he was able to report that, "So far about four persons wanted by Police are in custody as police continue to make tremendous strides toward bringing the culprits involved in the murder [of Dexter Lashley] and subsequent shooting into custody."

Lashley died a short distance away from his Crab Hill #2 home early on the morning of September 30, 2018.

Prior to yesterday's exercise, police had arrested and charged three St. Lucy men with various charges including multiple counts of gun-related charges. One of the three is well known to the court Andre 'Lord Evil' Jackman, who also goes by the alias 'Punchies'. The trio was remanded to Her Majesty's Prison Dodds.

It was reported that during the exercise no stone was left unturned as commuters on Public Service Vehicles passing the blockades or checkpoints were searched as well.