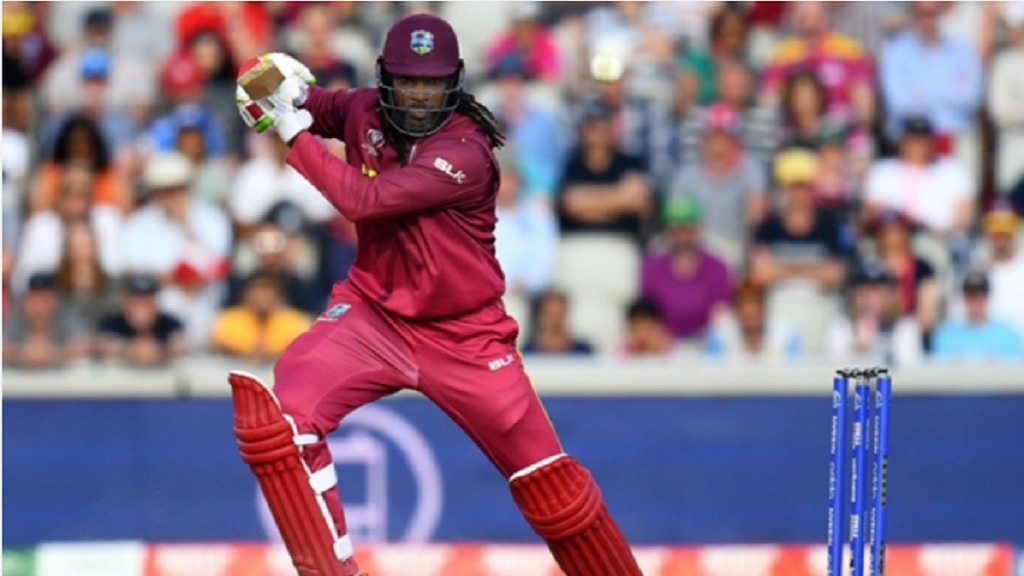 Explosive Jamaican opener Chris Gayle will be eyeing another record when West Indies and Afghanistan get the chance to exit the Cricket World Cup on a high note at Headingley on Thursday.

The Windies are guaranteed to finish second-bottom of the group above winless Afghanistan regardless of the result in Leeds.

Jason Holder's side started the tournament by hammering Pakistan but has not won since that seven-wicket success at Trent Bridge at the end of May.

Afghanistan have lost all eight matches and will be looking for only their second World Cup victory at the venue where they ran Pakistan close on Saturday.

Gayle needs 18 runs to break Brian Lara's record for the most ODI runs scored by a West Indies player in what will be his final World Cup match - and possibly his last ODI.

The Windies have lost six consecutive matches and will be desperate to bring that run to an end in their first World Cup clash with Afghanistan.

The men from the Caribbean looked the real deal when they thumped Pakistan in Nottingham, but their slight semi-final hopes were ended with a big defeat to India at Old Trafford last Thursday. Sri Lanka then consigned them to a 23-run loss on Monday despite a Nicholas Pooran century.

A lack of runs has cost Afghanistan, who were agonisingly close to defeating India at the Rose Bowl and threatened to upset Pakistan but were unable to finish off the job.

West Indies Assistant coach Roddy Estwick: "Obviously we're not happy losing games. But we started to build something, and once we can remain patient, we can keep building. Young players are coming through, and once that keeps happening then things will get a lot better."

Afghanistan Captain Gulbadin Naib: "We played last four, five games quite well. I'm happy with the performance of the team. It's all depending on our batting strength: if you've not batted well, maybe it's difficult for bowlers to defend a small total."

- West Indies have played five ODIs at Headingley, losing three and winning two of those matches.

- Gayle is set to play his 295th ODI, equalling Brian Lara for joint-most caps in the history of the format for the Windies.