'Crime' and 'Redman' wanted by police 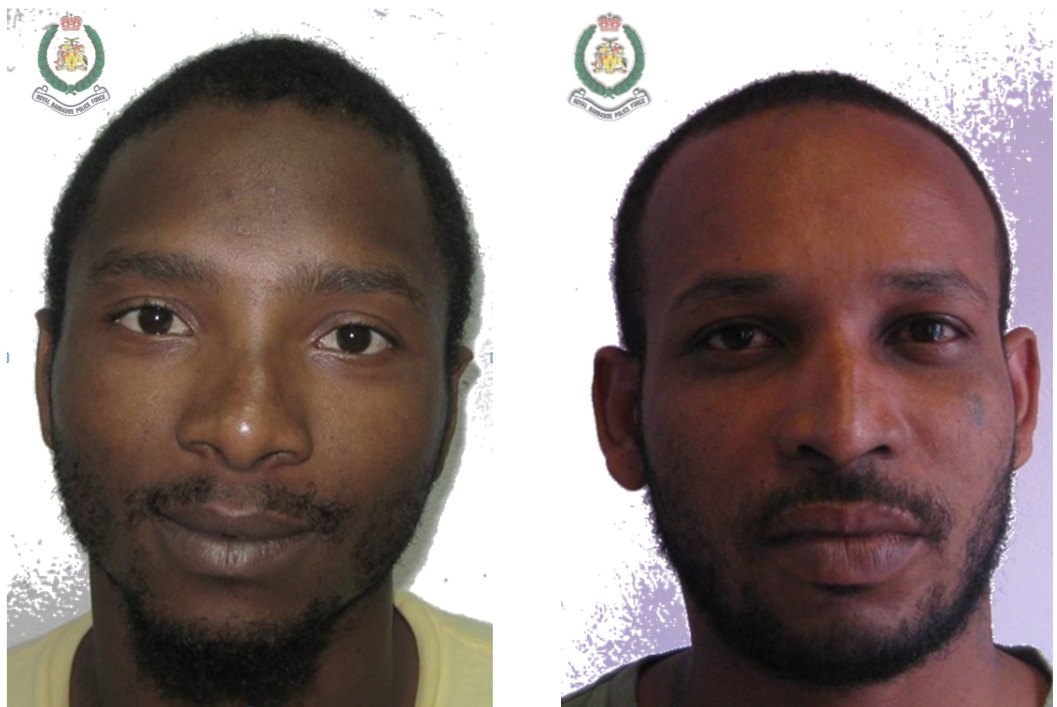 Two men are being sought by the Royal Barbados Police Force (RBPF) for questioning.

Kemar Headley is of a brown complexion, medium built and is approximately 5 feet 11 inches tall. He has a prominent forehead, normal nose, small widely spaced eyes, and a broad nose. He has a wide mouth and thick lips. He has several tattoos about his body including images of a gun, a clover and the word ‘CRIME’, ‘DIRTY SOUTH’, ‘RIDE OR DIE’ on right arm.

Anthony Lerius is of a brown complexion, medium built and is approximately five feet 8 inches tall. He has a prominent forehead, normal nose, normal eyes and nose and slightly protruding ears. He also has a wide mouth and thick lips. He has several tattoos about his body including images of a tear drop under his left eye. The words ‘NAGERRI’ and ‘GOD’S GIFT’ are tattooed on left upper arm, ‘CCC’, ‘CRIP CITY CARTEL’, ‘LIFE’ on lower left arm and ‘RIP’ with an image of a HEADSTONE, a heart on a web as well as the words ‘OUTLAW 357’ and ‘LIFE AFTER DEATH’ on left hand.

Both men are advised they can present themselves to the Major Crime Unit, The Glebe Police Station, Glebe, St George accompanied by an attorney-at-law of their choice.

Any person, who may know the whereabouts of Kemar Omar Corey Headley or Anthony Francis Lerius, is asked to contact the Major Crime Unit at 430-7192/7193, Police Emergency at 211, Crime Stoppers at 1-800-TIPS (8477), or the nearest police station.

Jamaican suspect in girlfriend's murder lands on US Most Wanted list