Criminals making use of derelict vehicles 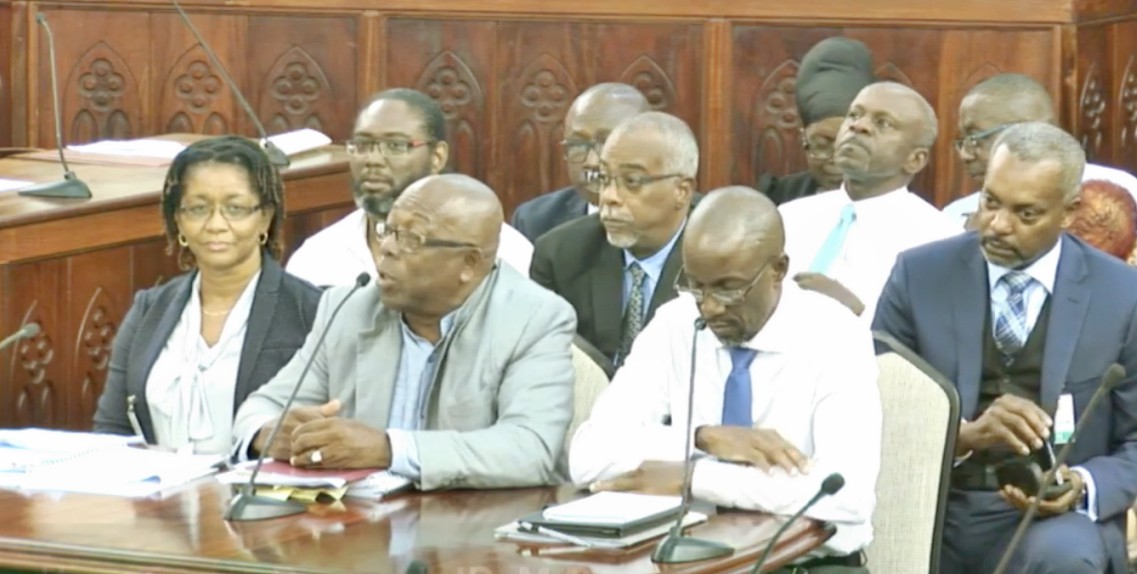 Minister Trevor Prescod (center) flanked by representatives in the Ministry of Environment.

The Ministry of Environment and National Beautification intends to execute a national clean-up campaign from as early as next week which will see almost 500 abandoned vehicles removed from across the island.

The Ministry has already identified hundreds of abandoned vehicles and served notice of intent to dispose.

It was revealed, during the Appropriation Bill and Estimates 2019 in the House of Assembly today, that some persons are using the abandoned vehicles for criminal activities.

Director, Environmental Protection Department, Anthony Headley said representatives of the department have been threatened by suspected law breakers when attempting to serve notices.

“One of the issues of concern for us is the issue of safety. It has been brought to my attention that some of those derelict vehicles are being used in a nefarious manner in terms of storage of illegal items. Some of my staff have undergone threats.”

He said the plan is to enlist the help of the Police Force when the clean-up operation gets underway.

“We have been very careful in some of the areas that we have been traversing. One of the mechanisms that we will be putting in place is to request the assistance of the Royal Barbados Police Force as they try to execute the work.”

Minister Trevor Prescod said the issue of abandoned vehicles has persisted for over 10 years and contributes to the increase in the rat population.