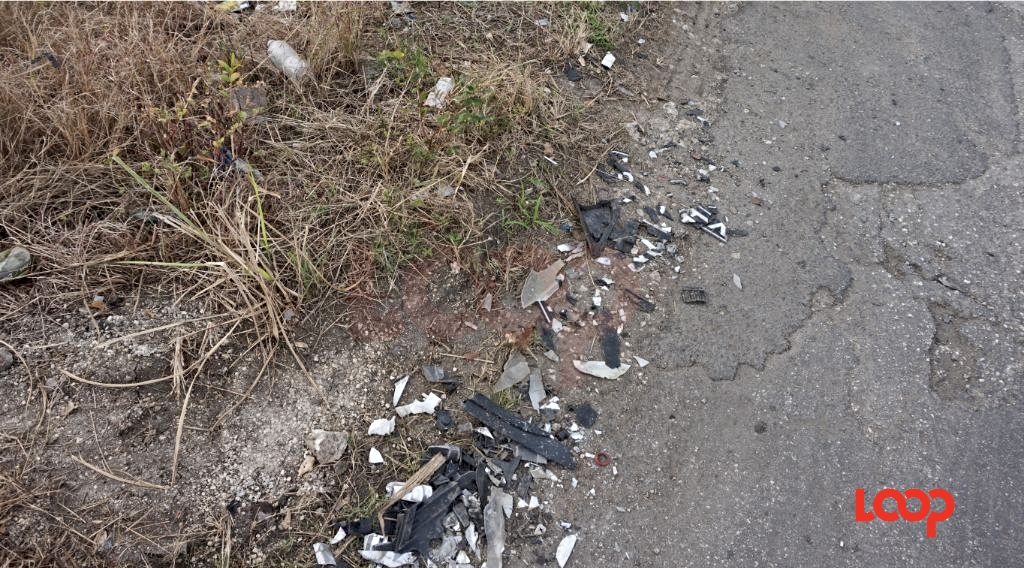 Debris from numerous accidents at the junction.

Some residents of St John are expressing concern over the lack of effort to reduce accidents at what they describe as "a dangerous junction".

Residents of Messiah Street and Stewart Hill have reportedly complained bitterly to officials and the police about drivers' use of the four-cross heading towards the Lodge School that has already claimed the lives of drivers on several occasions.

With two accidents occurring this past weekend, some are at wit's end and have given up hope towards any solution being implemented.

The most recent accident was a three-car smash up at the junction which sparked new calls for assistance in rectifying the issue of signage as well as the inefficiency with which the stop signs have been placed in the area.

Basil, a local resident and customer of Riley Auto Shop located at the four-cross, said it was "about time" the roads were better-taken care of and someone cares about the lives lost at the crossing.

"I not sure if they waiting for someone else to die on this road, but I think they need to do something soon, 'ause too many times we seeing people drive through here and get in accidents."

Fay, the owner of The Cross Bar, also expressed similar sentiments and was also bewildered by the lack of effort by officials to address the issue.

"The stop signs are too far back and in some cases because of the bush or even the tree limbs you cannot see them. There isn't enough light in the area and enough people have died at this crossing that somebody needs to do something 'cause every other weekend people keep flying through here."

Some residents told Loop that the junction needs to have far better signage and possibly speed bumps to deter motorists from speeding through the crossing. They even offered suggestions for a warning light or even a full set of street lights to be placed there to deter drivers.

Meanwhile residents have pledged to conduct an unofficial road audit. The one hope that is universal with the residents is that officials will  take note of the number of accidents happening as they have been told by the Police that they will pass the numbers gathered on to officials at the Minitry of Transport Works and Maintenance (MTWM).