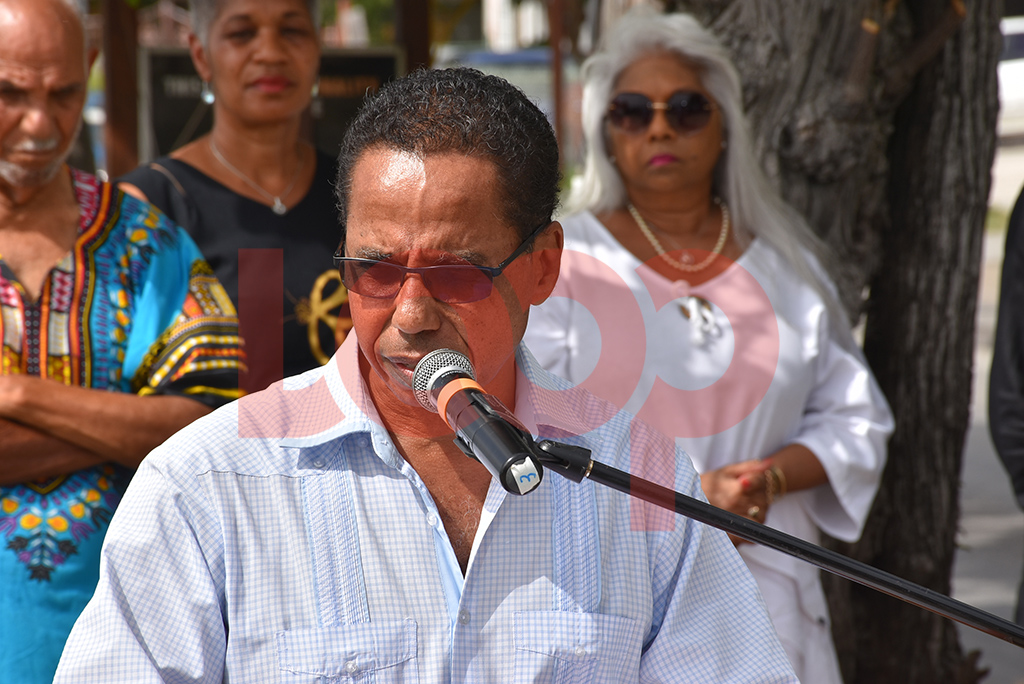 Ambassador to CARICOM, David Comissiong says the bombing of Cubana Airlines flight 455 some 43 years ago off the island’s West Coast was the region’s own 9/11.

He was speaking during a wreath-laying ceremony at the monument erected at Payne’s Bay St James, as a memorial to those who died when the plane went down.

“This day, the sixth of October the Caribbean’s 911, that precedent-setting act of terrorism.

“The first time that certainly in this hemisphere that anyone got it into their heads to use a civilian airliner full of passengers as an instrument of terror,” he said.

On October 6, 1976, 11 minutes after take-off from the Seawell Airport, now Grantley Adams International Airport, at an altitude of 18,000 feet, two bombs exploded on board the Douglas DC 8 aircraft killing all onboard.

Flight 455 had 48 passengers and 25 crew. The passengers comprised 57 Cubans, 11 Guyanese, and 5 North Koreans. Among the dead were all 24 members of the 1975 national Cuban fencing team that had just won all the gold medals in the Central American and Caribbean Championships.

Many were just teenagers.

The plane went into a rapid descent, while the pilots tried unsuccessfully to return the plane to Seawell Airport. The captain, Wilfredo Pérez Pérez, radioed to the control tower:

"We have an explosion aboard – we are descending immediately! ... We have fire on board! We are requesting immediate landing! We have a total emergency!"

Realizing a successful landing was no longer possible, it appears that the pilot turned the craft away from the beach and towards the Caribbean Sea off porters St James, crashing about eight kilometres short of the airport.

Comissiong told an audience comprising members of the diplomatic corps, the family of survivors of the crash, other Cubans and Venezuelans living in Barbados and members of the public, that back in 2016 in his previous capacity as Coordinator of the Caribbean Chapter of International Network in Defence of Humanity, a resolution was passed calling on the United Nations to declare a UN international day against terrorism and to have that day be October 6.

“We got the automatic agreement of Prime Minister [Dr Ralph] Gonsalves of St Vincent. We met with then Foreign Minister [Senator} Maxine McClean of Barbados and she indicated that the government of Barbados would support it in principle.  I think that it has not gone any further since 2016, but . . . it is a matter that needs to be revisited.

“I think it is a matter that the present Barbados administration can have a look at and can determine if it is something that we would want to go forward with to the United Nations . . . If we can accomplish that, perhaps that would be the most positive we can extract out of this horrible human tragedy.  It would mean that we remember these 73 victims [and] . . . that out of that tragedy something positive and constructive happens,” the CARICOM Ambassador added, noting that it would also ensure that the victims are not victimized again by being forgotten.

Cubana Air disaster to be commemorated next week