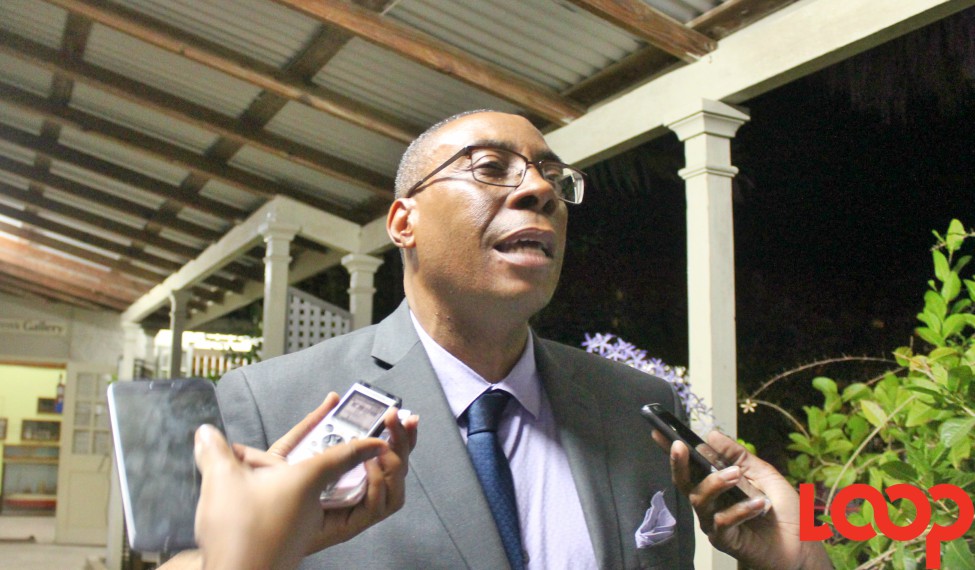 With a full serving of culture on the plate for this year's Independence Parade, the Culture Minister has taken a minute to also 'unpick his teeth' about the playing of Christmas music from too early.

Minister of Creative Economy, Culture and Sports John King spoke to the media at St. Ann's Fort yesterday, Thursday, November 22, 2018, about the cultural aspects of the parade as he encouraged Barbadians to come out and be a part of this special celebration.

"It's important that all Barbadians from all walks of life become emerged in this celebration, especially at a time where we face all sorts of challenges. We want everybody to be a part of this celebration of who we are. On the streets, as the parade passes on its way to Heroes Square there will be seven bands from secondary schools which gives our young musicians and people in the Arts the opportunity to express themselves and we specifically requested that any of the music they play along the streets is going to be Barbadian music."

Expressing his frustration about the playing of Christmas music on the airwaves these past few weeks and not enough music geared towards Independence, King said that he believed persons have lost sight of the importance of Independence.

"There seems to be a large disconnect to the importance of the real significance of independence as a celebration. One of the things that has been creeping into our society which I find a little bit disturbing is that even now we speak about independence and the time it is celebrated, there is on radio a continuous bombardment of Christmas music and we're beginning to lose in my eyes that part of our history."

However, he gave thanks to Barbadian musicians and artistes who came together recently to produce an Independence jingle entitled 'We Barbados'.

"We've had assistance from the music fraternity, a number of artistes got together and wrote a jingle you will hear soon. They did it in a short space of time, they did it free of cost and that's the type of involvement that we want to encourage from our Barbadians."

Royal Barbados Police Force Senior Officer Bruce Rowe, who divulged that planning for the celebration began in October and is now in an advanced stage, promised heightened security at the parade and on the roads on November 30.