Cummins stars as Australia close in on victory against New Zealand 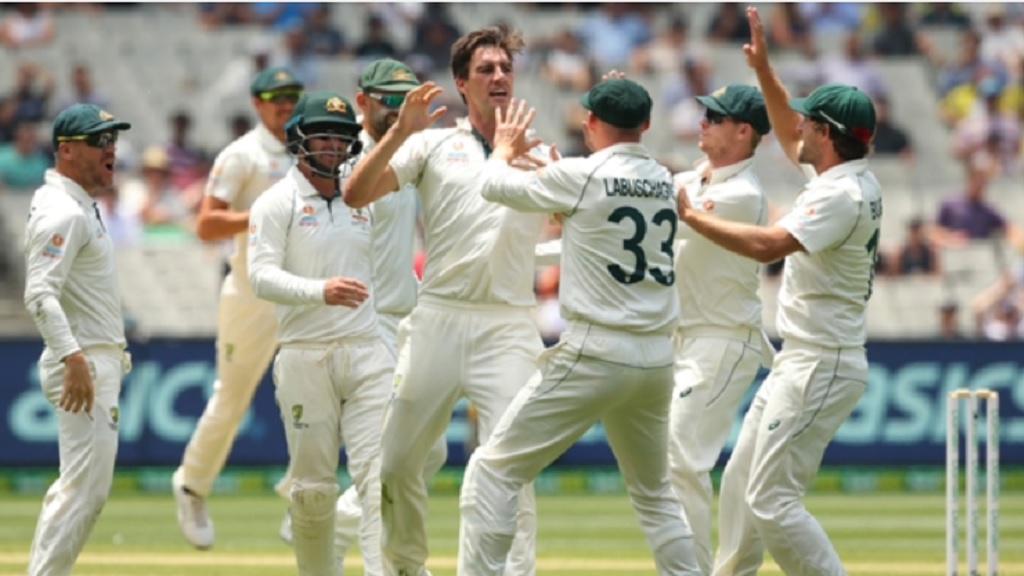 Australia closed in on victory in the second Test against New Zealand after dominating in Melbourne on Saturday.

Pat Cummins (5-28) starred at the MCG as the Black Caps were bowled out for just 148 in response to Australia's first-innings 467.

The hosts' pace attack have put their team in position for an unassailable 2-0 series lead as Cummins and James Pattinson impressed.

The Black Caps resumed at 44-2, but superb bowling by Australia early in the day saw them take complete control.

Cummins and Pattinson (3-34) were particularly impressive, while Mitchell Starc (2-30) grabbed a couple of late wickets.

Bowling with superb accuracy throughout the first session, Cummins and Pattinson forced New Zealand's batsmen to play at most deliveries and it brought success under cloudy skies in hot and humid weather.

Ross Taylor (4) fell to Cummins, although Marnus Labuschagne put down a chance at third slip which deflected to Joe Burns at first.

Cummins had Henry Nicholls lbw off the next ball, while a diving Steve Smith dropped Tom Latham on nine off Pattinson.

Latham was able to provide some resistance to Australia's pace attack as BJ Watling (7) and Colin de Grandhomme (11) fell cheaply.

Australia opted not to enforce the follow on before David Warner (38) and Burns (35) contributed most before stumps, with Matthew Wade (15) and Travis Head (11) unbeaten.

Smith fell to Wagner (2-38) for the fourth time in the series and to another short ball as the star batsman made seven, but Australia are in command.