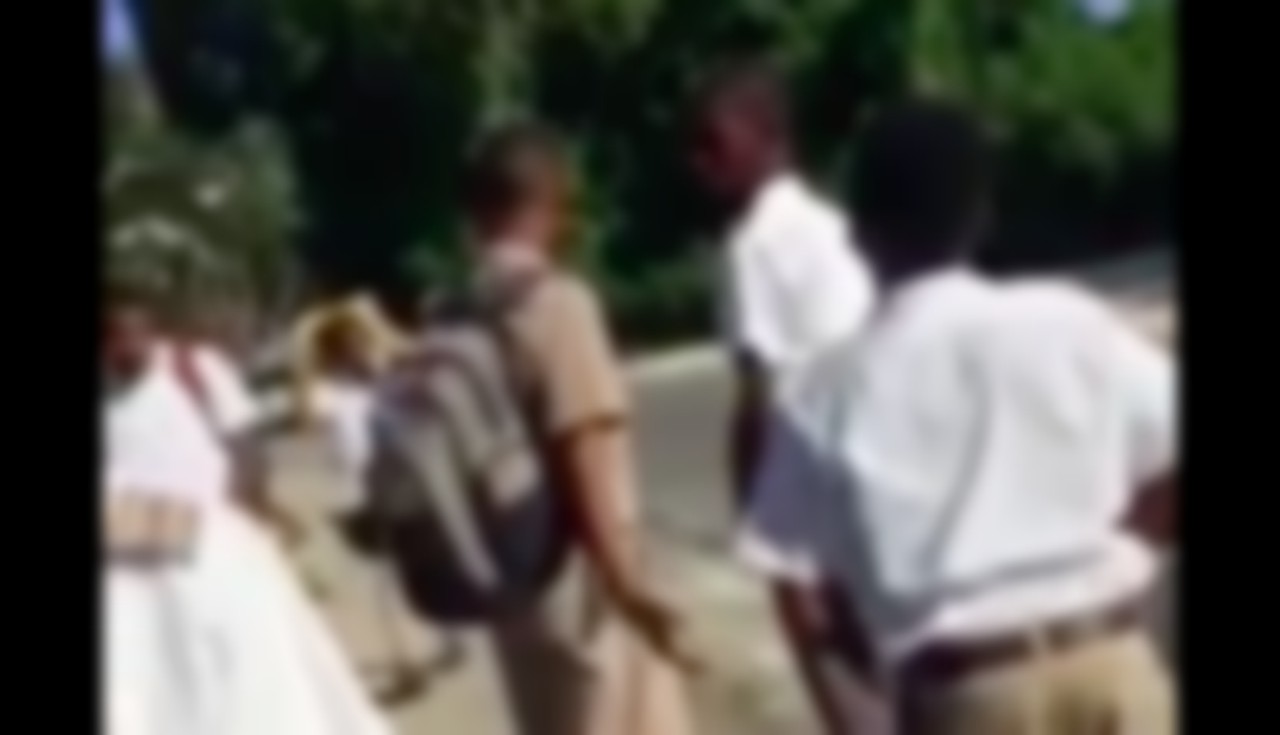 A snap from the video in circulation.

Police have arrested and charged four schoolboys in relation to a social media posting and voice note, showing a schoolboy from The Deighton Griffith School being attacked and beaten by several boys from Christ Church Foundation Secondary School.

The four boys, one age 15, and three 13-year-olds, were all arrested and jointly charged for the offence of Inflicting Bodily Harm, on the 13-year-old Deighton Griffith student on Thursday, November 9, 2017, as he walked along Church Hill Road, Christ Church, on his way home from school.

The 15-year-old boy was remanded to the Government Industrial School - Dodds until Monday, November 27, 2017.

As part of their bail condition they are prohibited from going on the compound of The Deighton Griffith School, and have been placed on a 6:00 pm to 6:00 am curfew.

Social media can land you in prison