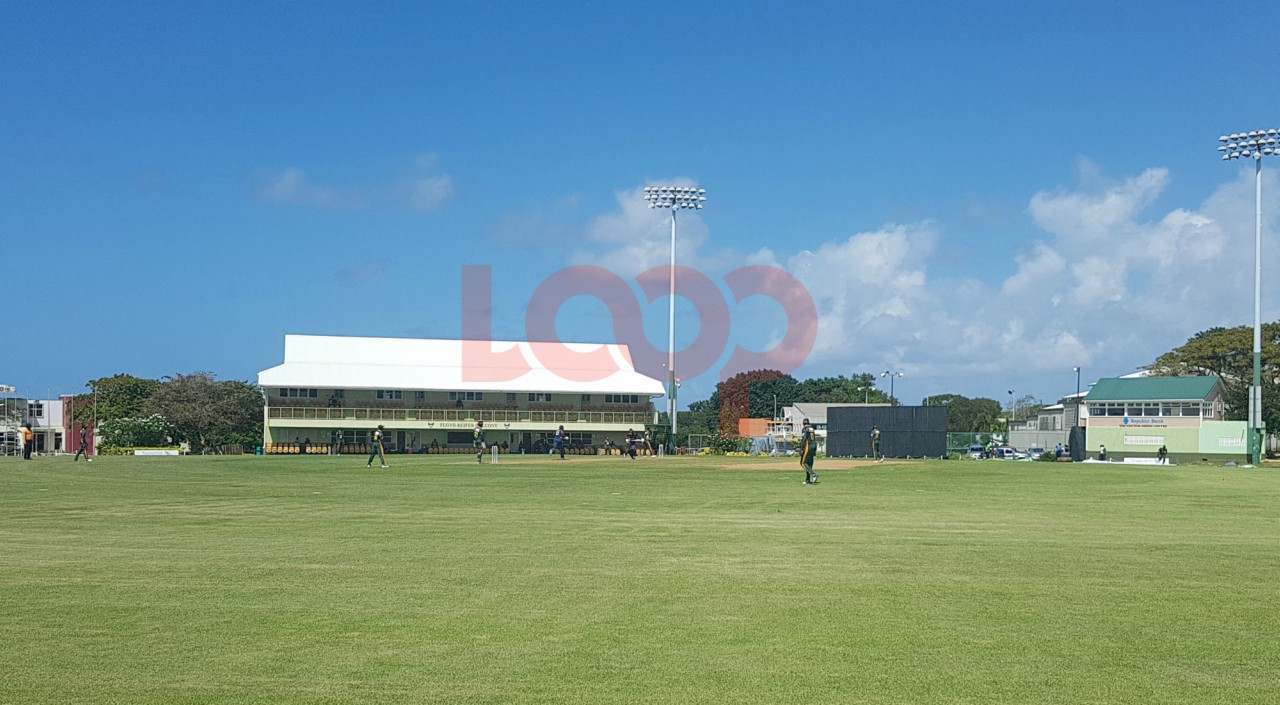 CCC Marooners vs Windward Island Volcanoes at The 3Ws Oval in Barbados.

The CCC Marooners left the Windward Island Volcanoes dormant in the first matchup in the much anticipated Cricket West Indies Super 50 Over Festival.

The Volcanoes won the toss and decided to bowl first at the 3WS Oval, University of the West Indies, Cave Hill, on Tuesday, January 30, 2018. The Marooners had them sweating from ball one as though the 9:00 am sun beating down on them in the field wasn’t enough.

The opening pair of Captain Kyle Corbin and Kjorn Ottley who top scored with 60 off 89 balls put on 94 runs in 107 balls before Kyle Corbin departed in the 18th over. The Marooners kept their heads on as Khesan ‘Yannick’ Ottley joined his brother at the crease and maintained their momentum. Together they put on 35 runs. They both, however, departed the crease within minutes of each other to bring the veteran Ryan Hinds to the middle. Hinds, along with his partner Vikash Mohan added another 42 runs to the total before Kesrick Williams decided that he had enough and picked up four wickets for 70 runs while Larry Edward assisted with two for 35.

When the Volcanoes stepped to the crease, the entire top order was crumbling. A quickfire 25 off 18 which contained five fours from Andre Fletcher was all they could offer. Kyle Mayers and Delron Johnson tried to put up a resistance with a late eight-wicket partnership but the coffin was already nailed shut. Ryan Hinds had three for 22 which were the best bowling figures for the Marooners while Khesan Ottley was the most economical bowler with two for six.

The Windward Islands were bowled out for 113 runs in 29.3 overs.

The CCC Marooners won by 115 runs.

T&T Red Force won the toss and they elected to field first and the Barbados Pride welcomed them to Kensington Oval with open arms. Captain Kraigg Brathwaite was dismissed in the fifth over. However, Kevin Stoute and Shai Hope stepped up and carried the Pride’s innings with their 97 run partnership off 114 balls. Hope was dismissed for 47 runs however, Kevin Stoute remained unmoved. He then kicked on with his new partner Johnathan Carter in a 67-run partnership to take the Pride’s innings to 183 before he departed the crease. He had however left his 74- run scar on the T&T Red Force’s bowling attack.

The Pride had a few wobbles and then they received a needed injection of 54 runs from Roston Chase and Ashley Nurse to ensure that they reached a substantial total of 278/9 in 50 overs.

T&T Red Force bowling unit had a decent run at the Oval with Sheldon Cottrell and Roshon Primus taking three wickets apiece, while Sunil Narine did his job and picked up two wickets for a mere 29 runs.

It maybe Carnival-time back home, but the T&T Red Force were not dancing under the lights at Kensington Oval when they returned to the middle. They never got their innings going and collapsed for 107 all out in 21.3 overs. Sunil Narine was the only batsman who demonstrated his intentions scoring 51 runs from 28 balls, but by then the game was already lost. A total of five Ducks occurred in the Red Force’s innings collapse.

Miguel Cummins was the outstanding bowler for the Pride as he picked up four for 35. Kemar Roach had figures of three for 33 and Carlos Brathwaite pitched in with two for 32.

The Barbados franchise was full of 'Pride' as they defeated the T&T Red Force by 171 runs.

Pakistan pull out of 5-year agreement with West Indies

Pollard: CWI attempts to paint us as money hungry mercenaries