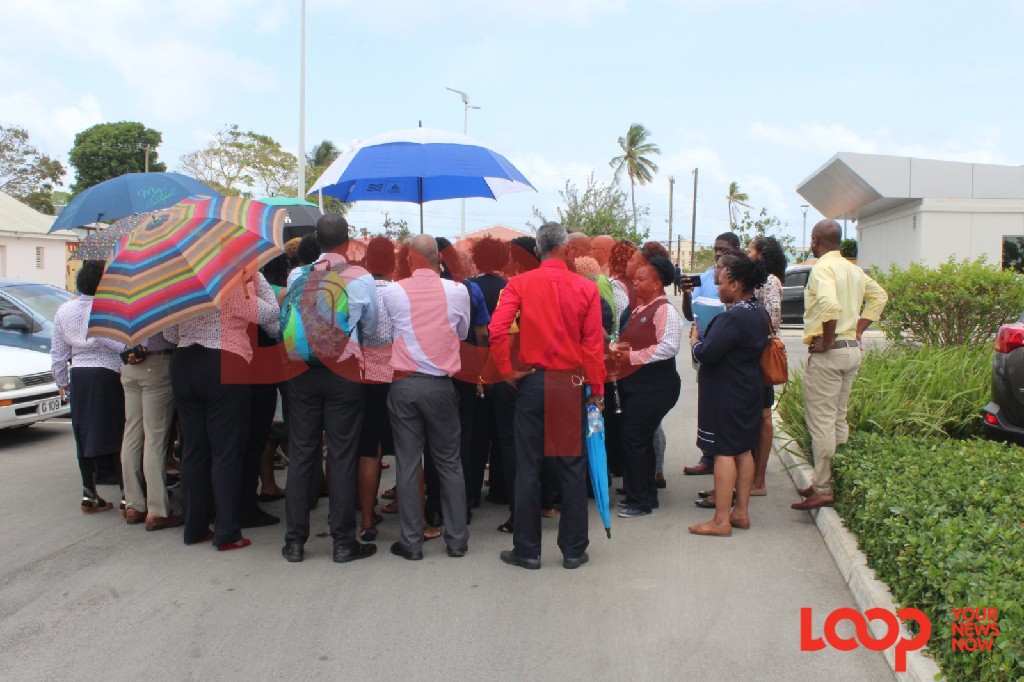 The Caribbean Examinations Council this afternoon issued a release stating that matter was being referred to the Chief Labour Officer Victor Felix for resolution.

Unionised workers at the Caribbean Examination Council (CXC) Headquarters on Pine Road are still off the job and it is expected that protest action will continue tomorrow, Friday, June 6, 2019, after they staged a two-day sick-out earlier this week.

Executive Assistant to the Barbados Workers' Union (BWU) General Secretary Toni Moore, Cindy Greene told journalists shortly after a delegation emerged from talks with CXC’s management “conditions that would form the basis for further discussions were presented, and the management [of CXC] indicated that they could not accede to the conditions presented.  So, for now, we continue to demonstrate on the outside.”

LOOP NEWS understands the workers, through their bargaining agent, were in talks with CXC regarding restructuring at the regional institution.  It is further understood that in the midst of these discussions, the vacancies section of the CXC website became populated with a slew of posts which triggered this week's industrial action. CXC even advertised for jobs that are currently filled.

CXC to issue e-certificates across region

CXC: No re-sit of Math exam

Ministry assures CXC Exams will not be hampered by school closure