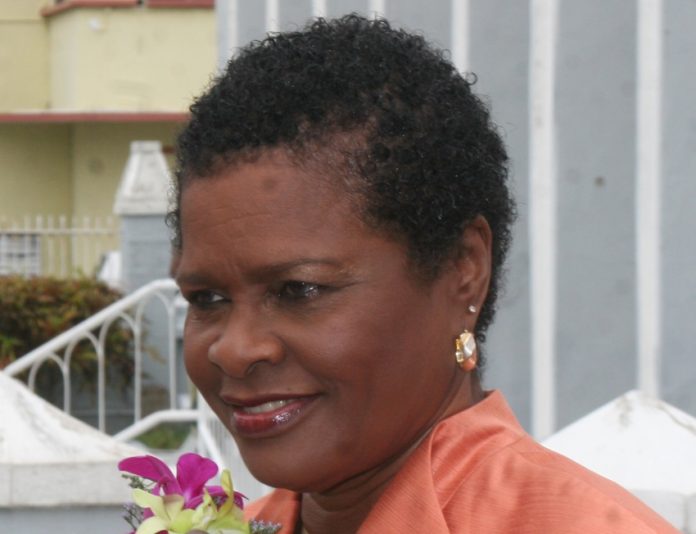 Dame Sandra Mason is the Governor-General Designate of Barbados.

The news of her appointment came too late to be a Christmas gift but it could be considered an early New Year's gift or even birthday gift for the January-born QC.

Many took to social media to convey their best wishes.

"They tried to stop her from being a judge , now they have to live with r being the GG."

On the Queen's College (Barbados) Alumni page, past principal Coreen Kennedy-Taitt posted the news and said, "Congratulations.... well deserved." The post was shared five times and liked almost 50 times, with many people commenting to say 'Congratulations!' as well.

Her former alma mater St. Catherine's Primary also had the news up on their facebook page as they boasted the fact that she received her primary education there.

The Prime Minister of Barbados the Rt. Hon. Freundel Stuart made the announcement yesterday by way of a press release via the Government Information Service stating that 'I am pleased to announce that Her Majesty The Queen, on the recommendation of Her Majesty’s Ministers in Barbados, has been graciously pleased to approve the appointment of The Honourable Sandra Prunella Mason, Justice of Appeal, as Governor-General of Barbados, with effect from January 8, 2018.'

In a statement issued, the Leader of the Opposition, Mia Mottley said:

"On behalf of the Barbados Labour Party, I would like to warmly congratulate Madam Justice Sandra Mason on her appointment as Governor General.  This is a crowning achievement in a long and varied career in public service in Barbados, the region and internationally.

"We are confident that she will bring to her office of Governor General the impartiality which is the hallmark of the other office which she held as a judicial officer in this country....   The people of St Philip and her family should be justifiably proud of her achievements as a daughter of the soil, as she is now the first person ever from that corridor of the island ever to be appointed to the highest office in the land."

Two freed after 10 years in prison