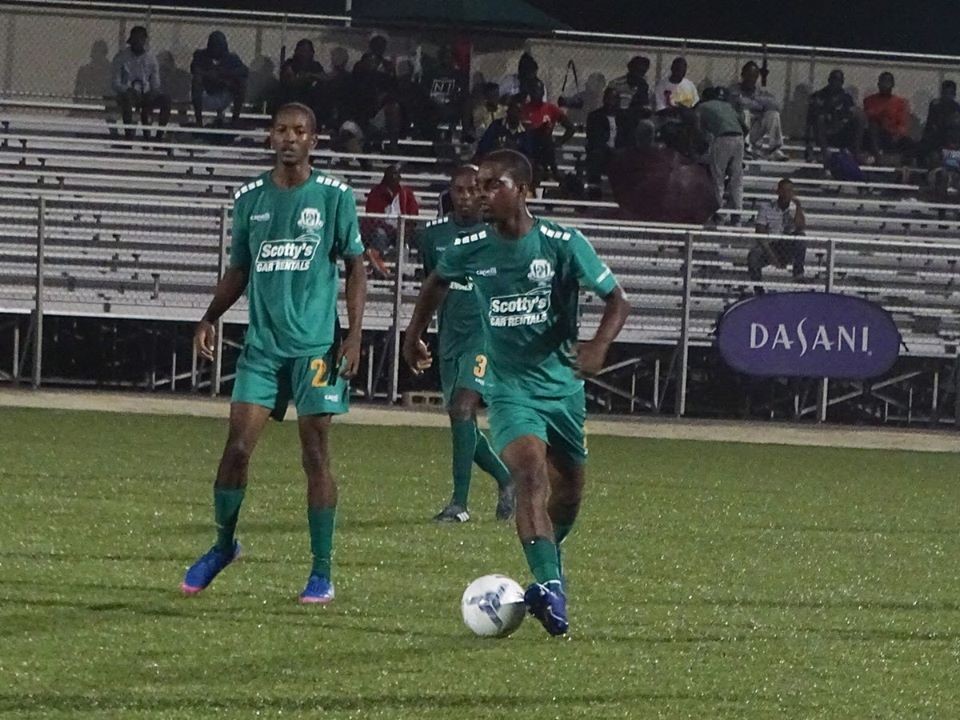 In a game decorated with appeals and miserable moments, a point shared between Claytons Tonic Notre Dame and Scotty’s Car Rental St Andrew Lions is a justified result.

Last Saturday evening at the Barbados Football Association (BFA) Wildey Turf, Notre Dame and St Andrew Lions played to a 1-1 draw in the Third Round of fixtures in the Coca-Cola BFA Premier League.

It was an encounter where the actual display of skill and abilities were ruined by the constant appeals to referee Troy Thorpe and ever-present bickering between team mates and opponents.

When those dreadful factors were absent, it was a flowing, open and attacking game which had the ingredients of a potential high-scoring duel.

Zeco Edmee sent the Dames ahead in the 34th minute, when he received a well-weighted pass from Carl Joseph over the Lions defense and the former national forward passed the ball to the right of advancing goalkeeper Kerry Holder.

Notre Dame had a number of opportunities to extend their lead but failed to, due to indecisiveness and miscommunication.

The Lions made the Dames pay for their misses in the 58th minute.

Arantees Lawrence with little room inside the penalty area took a “snap shot” which deceived Dames goalkeeper Shakib Kellman as the ball went one direction while he went to the next.