‘Dappa’ would have loved his Tribute Walk, says his sister 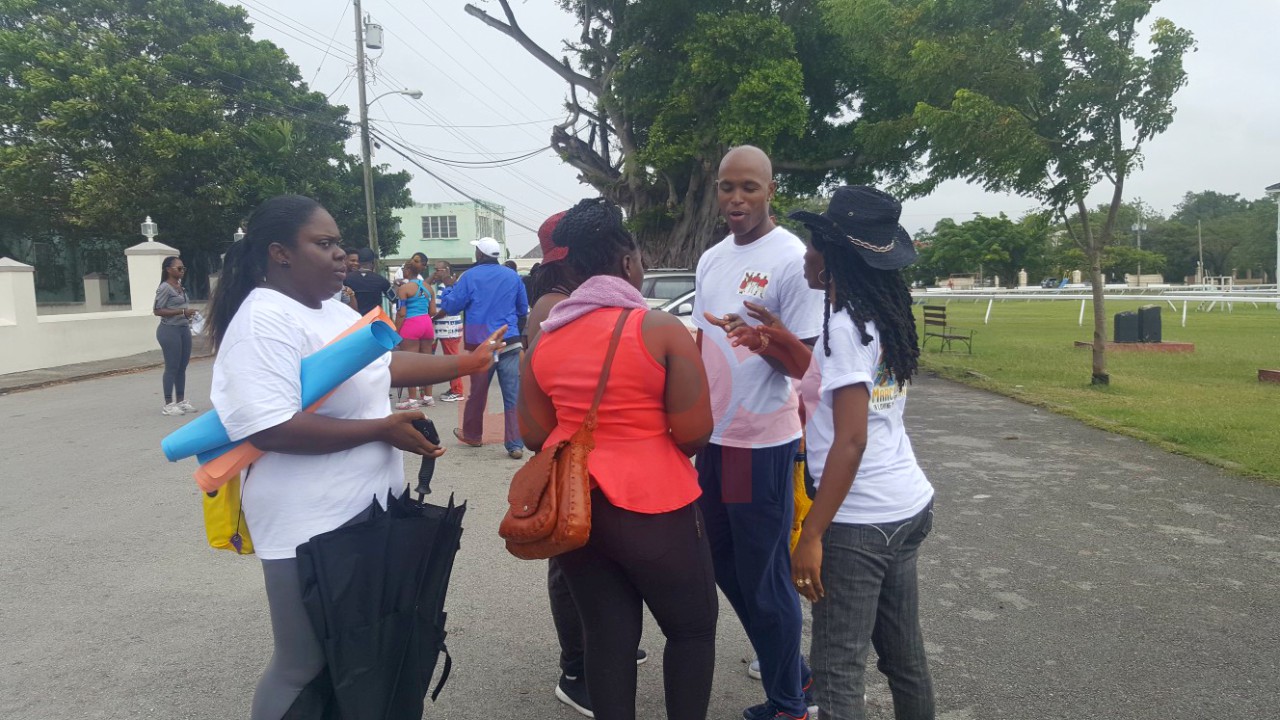 Damien Taylor, alias ‘Dappa’ was honoured in a special way by fellow members of the music and entertainment fraternity in Barbados today.

Mother Sallys, tuk band players, steel pannists, dancers, singers and other musicians ignored the drizzles and cloudy day as they made their way from the Worthing Fire Station to the Garrison Savannah in tribute to their dear departed loved one.

The walkers did ‘di dappa’ as they traversed Golf Club Road, Dayrells Road and down to the Savannah.

Chatting with Loop after the walk, Damien’s younger sister, Simone Holder said that the family is very grateful for everyone’s genuine response.

“He’s probably smiling down on it.”

Looking around as some of the almost 200 people started to disperse from near the Clock Tower, she said, “The rain fell initially, ‘cause it was early, and Damien is not an early person, but we got some sunshine.”

Related article :UPDATE: Another death along the Barrow section of the highway

The walk was to commence at 8:00 am, and then due to the showers, it was moved to 10:00 am but once the rain held up around 9:00 am, the mourners hit the streets with police permission and made a joyful noise in tribute to their fallen friend who was Barbados’ final road fatality for 2017. He died while riding his motorcycle along the Barrow section of the ABC Highway around 4:05 pm on Friday, December 29, 2017.

As she spoke with Loop and the stragglers reminisced in their cliques while discussing plans for his thanksgiving service and funeral next week, the rain began to drizzle, which made her add, “Now I guess he’s trying to telll us to go home, but I’m sure he liked it.”