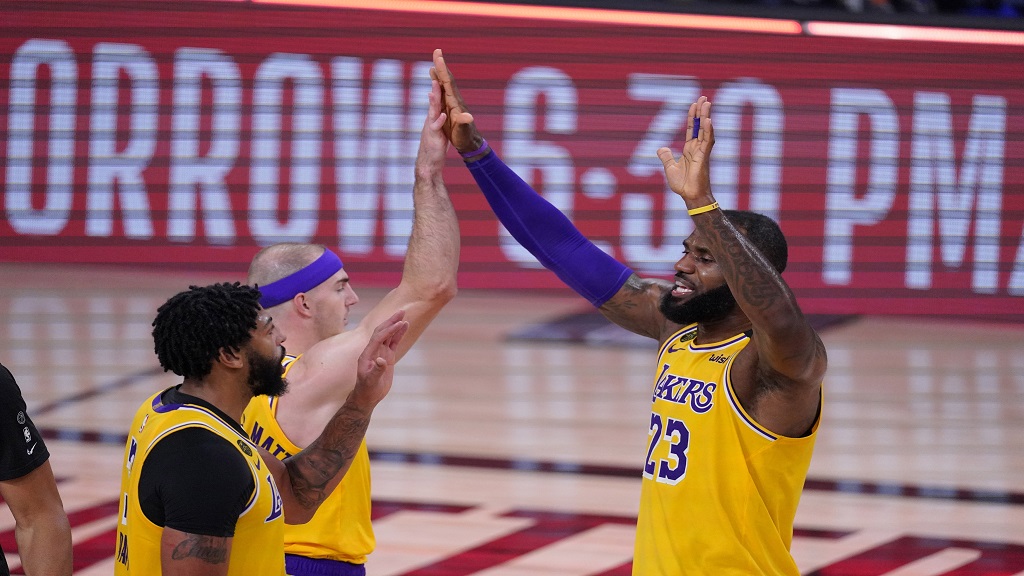 Anthony Davis and LeBron James starred as the Los Angeles Lakers topped the Houston Rockets 110-100 for a commanding lead in the Western Conference semi-finals.

Davis posted a double-double and James finished one assist shy of a triple-double to help the top-seeded Lakers move 3-1 clear in the NBA playoffs.

The Lakers led by as many as 23 points midway through the fourth quarter and looked on track for a blowout victory before the Rockets rallied.

Russell Westbrook led the Rockets with 25 points, and All-Star team-mate James Harden contributed 21 of his own.

Game 5 between the Lakers and Rockets is on Saturday.

It is a winner-takes-all showdown on Friday as the Boston Celtics and defending champions Toronto Raptors meet in Game 7 of their Eastern Conference semi-final series.