ON THIS DAY: West Indies beat India by one run in nail-biting finish 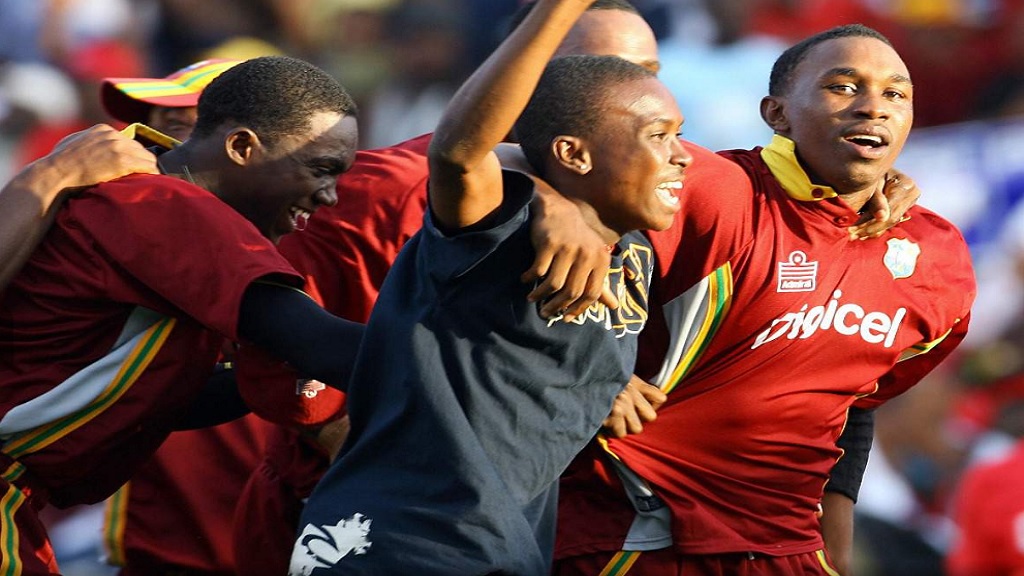 Dwayne Bravo (right) celebrates with his teammates after taking the final wicket to lead West Indies to a one-run victory over India in the second One-Day International at Sabina Park on this day in 2006 (May 20).

Ramnaresh Sarwan produced a masterful innings and Dwayne Bravo bowled a moment of magic as West Indies pulled off an astonishing one-run victory on this day in 2006 (May 20).

Sabina Park in Jamaica was rocking as Bravo bowled a clever slower ball that rattled the stumps of Yuvraj Singh. It was Bravo’s only wicket in India’s innings as the left-hander made 93. India were bowled out for 197 off 49.4 overs in reply to 198-9 off 50 overs, as Ian Bradshaw took three wickets with the new ball.

Earlier in the match, Sarwan held the innings together with one of his best knocks – 98 not out off 138 balls with seven fours and a six. The next best score was 21 from wicket-keeper Carlton Baugh, playing in front his home supporters.

Sarwan was happy that his effort led to the team’s win.

"I don't mind making 98 and winning all the time…I knew I needed to bat out the 50 overs. I was looking at somewhere around 230-250 when I went out to bat but things got difficult out there. The Indian bowlers all bowled well early on but things got easier after the 30-over mark," said Sarwan.

Captain Brian Lara was thrilled with the result and revealed that it was Chris Gayle who suggested that Bravo bowl a slower ball, the delivery that sealed the match and sent the carnival crowd at Sabina Park into an absolute frenzy.

"Bravo has a lot of variety in his bowling and I decided to give him the last over. Gayle suggested a slower ball might do the trick and we went for it. It required execution and Bravo is good at that,” said Lara.