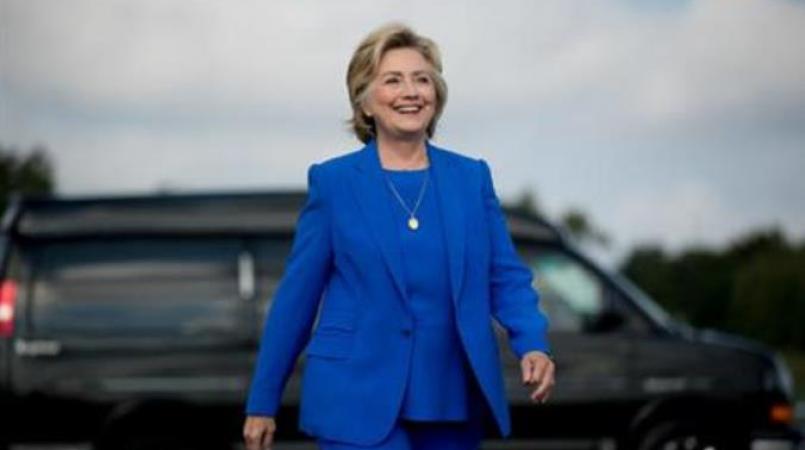 Democrats are bullish about their prospects in the November midterms, and are peeking around the corner at a 2020 rematch with President Donald Trump. But first, they're confronting the lingering frustration from 2016.

That bitter nominating fight between Hillary Clinton and Bernie Sanders is front and center in Chicago this week as members of the Democratic National Committee gather for their summer meeting. They'll decide the fate of so-called superdelegates — DNC members, elected officials and other party dignitaries. Two years after such delegates overwhelmingly backed Clinton, Sanders supporters argue that this group is the epitome of establishment favoritism.

As he seeks to build a unified front among Democrats heading into the next presidential primary, DNC Chairman Tom Perez is pushing a proposal to limit the influence of superdelegates at the 2020 convention. The primary could feature as many as two dozen Democrats vying to take on Trump.

"These moves are about rebuilding trust," Perez told reporters recently, defending a plan that would strip party insiders of their votes on the first ballot of a contested nominating convention, leaving the outcome to pledged delegates whose votes are dictated by the results of state primaries and caucuses.

Yet in trying to mollify Sanders' supporters and grassroots activists, Perez has inflamed tensions among the DNC membership and on Capitol Hill, where rank-and-file party leaders and Congressional Black Caucus Chairman Cedric Richmond have blasted the proposal.

"Three months before the midterms, and this is what Bernie Sanders and Tom Perez have us discussing? Such fools," said Bob Mulholland, a DNC member from California who backed Clinton in 2016 and has protested since then that Sanders' backers have wielded undue influence over the party because the Vermont senator is elected as an independent.

Don Fowler, who served as DNC chairman during President Bill Clinton's administration, said the party is punishing loyal party leaders "on some vague presumption that it will be fairer." He promised an organized opposition at Saturday's meeting.

The situation comes as Democrats are trying to weather domestic abuse allegations facing their deputy chairman, Keith Ellison. The Minnesota congressman, who last week secured his party's nomination to compete for state attorney general, denies the accusations from an ex-girlfriend and is not expected to attend the party gathering as he campaigns back home. Perez has said the DNC is investigating the matter.

Beyond changing the rules for superdelegates at the 2020 convention, the rules overhaul includes provisions intended to make vote counting at presidential preference caucuses more transparent, while making it easier for voters other than longtime registered Democrats to participate in caucuses and primaries. That could affect states such as Iowa, which might have to develop paper ballots for caucus sites instead of its usual method of sorting into groups and counting heads. New York, meanwhile, would be pressured to relax its party registration deadline, which in 2016 fell six months before the primary, leaving many independents who wanted to back Sanders no option to vote.

Those changes may have the most tangible effects on average voters, but superdelegates have drawn the most attention, drawing comparisons to the bygone era of brokered conventions where party bosses picked nominees.

In 2016, superdelegates, officially called "unpledged delegates" in party rules, accounted for about 15 percent of the 4,763 delegates. The rest were apportioned based on state-by-state primary and caucus results. Whatever the leanings of DNC officials during the campaign, Clinton got 3.7 million more votes than Sanders in cumulative primary and caucus popular vote. Still, she was just short of the 2,382 delegate votes needed to win the nomination. Her advantage among superdelegates made her nomination a fait accompli, but their influence ultimately reflected the will of the Democratic voters who'd been voting over the preceding months.

As the latest proposal stands, superdelegates in such an instance would be apportioned along with the pledged delegates to reflect that primary and caucus voting. If that still left no candidate with a majority, superdelegates then would be free to vote however they pleased on subsequent ballots.

Perez's allies say party stalwarts aren't facing the realities of a populist era driven by activists who may never affiliate formally with a party but want to have a say beyond the general election ballot.

"We need to lift people up from the grassroots level and make them a part of the process," said David Bowen, vice chairman of the Wisconsin Democratic Party and a state representative. That includes, he said, voters who were influenced by Russian propaganda and hackers who exposed internal DNC communications that suggested favoritism toward Clinton.

"Doing this," Bowen said, "will fly in the face of that criticism."

Clinton: My 'skin crawled' as Trump hovered on debate stage