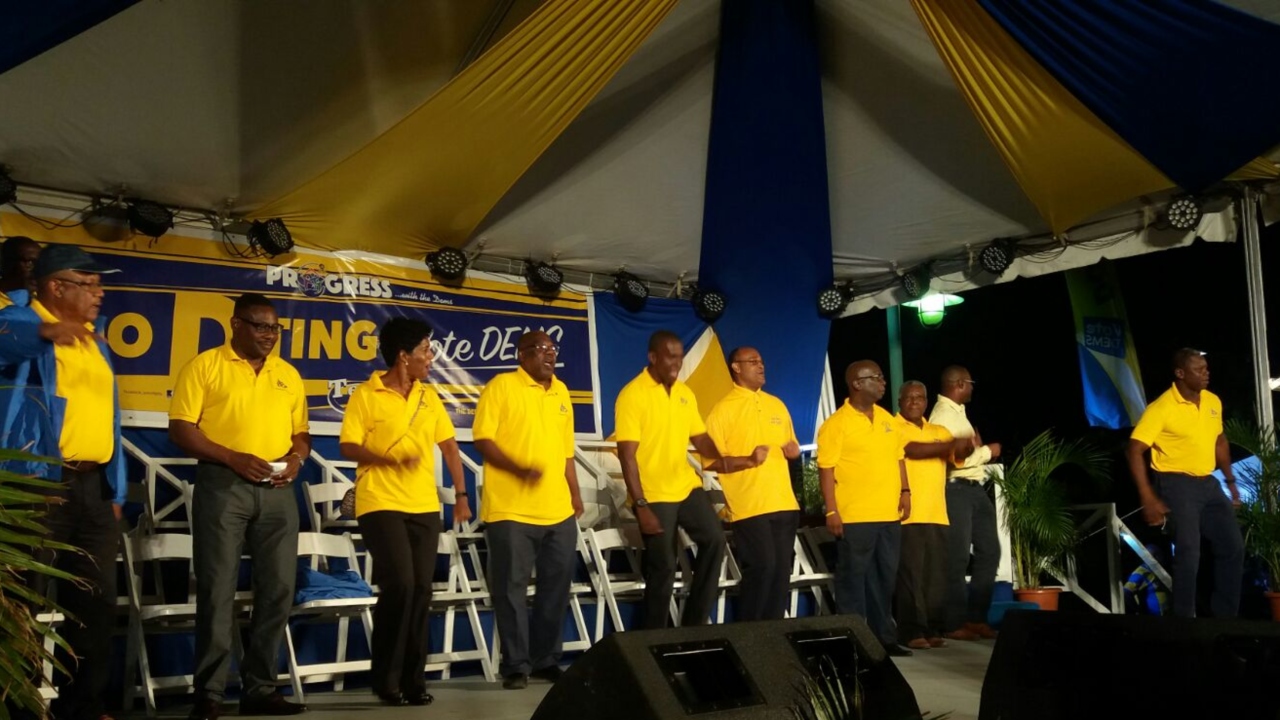 As the Democratic Labour Party (DLP) holds its final rally before tomorrows' general election, they are urging supporters "to make sure that we do not surrender this country."

The lively crowd at Independence Square came decked in their blue and yellow, waving placards and cheering as respective candidates take to the stage.

Among them is DLP candidate for the City of Bridgetown, Henderson Williams, who stressed that the party has done its best in harsh times:

"The government had to deal with some severe issues due to a global issue that had really threatened our existence.

"And your government has done its best to ensure that Barbadians continue to enjoy the standard of living that they are accustom to. They have remained focused and they have remained committed to you. All of the social services that you have become accustomed to have remained intact in this country."

Other candidates such as Esther Byer-Suckoo who is running in St George South, told the crowd that they have a responsibility to vote and ensure "that we do not surrender this country."

DLP Rally: Life will get better under DLP