Dendoncker winner pushes Wolves up to 5th in Premier League 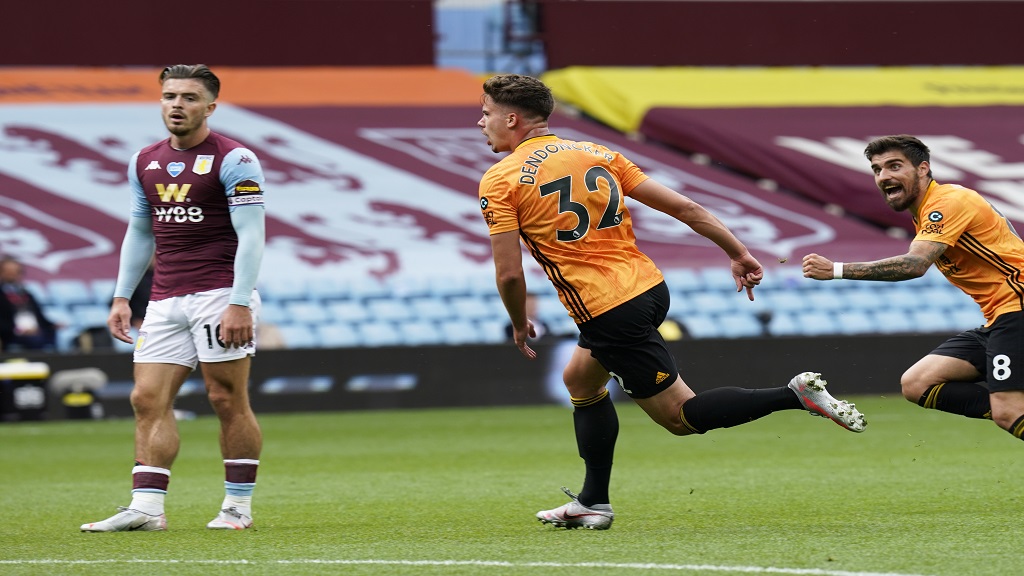 Wolverhampton Wanderers moved into fifth place in the English Premier League on Saturday thanks to midfielder Leander Dendoncker's second-half goal in a 1-0 win at local rival Aston Villa.

A fifth win from six league games sent Wolves above Manchester United and two points behind fourth-place Chelsea in the race for a Champions League place next season. Chelsea and Man United have a game in hand on Wolves, while 19th-place Villa stay in serious relegation trouble after taking two points from six matches.

Winger Adama Traoré made an impact for Wolves by helping to set up the goal one minute after replacing striker Diogo Jota.

Traoré found space in midfield, turned and broke two tackles before spraying the ball wide to forward Raúl Jiménez down the left. Jiménez whipped in a cross that Spaniard Jonny flicked to Dendoncker, who pushed the ball onto his left foot before rifling it past goalkeeper Orjan Nyland.

Nyland almost gifted Wolves the lead with a bizarre error near the end of the first half.

Looking to throw the ball out, the ball flew out of the back of his hand and landed at Jota's feet near the edge of the penalty area. But the forward rushed his shot somewhat and it went just over the crossbar.

After Villa had left-back Matt Targett taken off injured early on with what appeared a hamstring injury, Wolves threatened first when Jiménez's near-post header was saved in the 19th.