Not every male can shave without negative repercussions.

In light of recent developments at a St. John-located secondary school in Barbados, one dermatologist has made it abundantly clear that a clean-shaven face is not always possible for every man and hence some leeway must be given for those who cannot remove their facial hair in adherence to the school policy.

Dr. Andrew Forde told Loop News, "Everybody is different and not everybody is suited to rigid shaving."

Citing incidents when exceptions can and have been granted, he went on to explain:

"Certainly in the military and Police Force and other organizations where grooming is very strict, there are some individuals who need medical reasons why they are unable to fulfil the requirements of having, of being clean-shaved.

"You will encounter individuals who won't be able to, so there must be some latitude for those people who are unable to do it [because] regardless of if they do everything right, some people will still be met with complications." 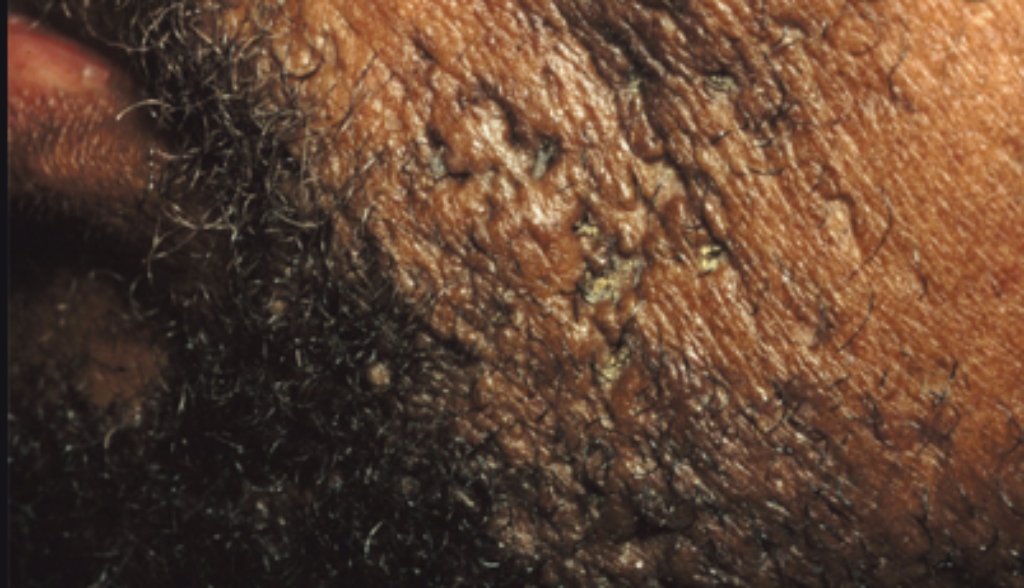 The number one and most common complication is Pseudofolliculitis barbae or what people commonly call razor bumps.

Forde said that this occurs when the cut end of the hair has a sharp end and tends to grow in a curve and goes back in causing inflammation of the skin. "That inflammation takes the form of very irritable, irritating bumps and postules and then if you are someone who has skin that can get thicker, you can get discolouration as well as thickening of the skin and the types of scars that are thickened or you can get growing flesh as people would call it which is also called keloids.

"So if you are someone who gets that problem, that is something you can have. Also you can lose hair because of scarring but mostly because of the discolouration and the itchiness and the discomfort of having hair, a foreign body basically which is what the hair is when it breaks the skin.

"So when you have Pseudofolliculitis barbae then the way you cut your hair is of importance.

"Most people can do better leaving a little bit of stubble sticking out especially if they are someone who gets Pseudofolliculitis barbae."

Asking what is the best course then for persons who suffer with Pseudofolliculitis barbae, which is most prevalent among black or African American males, he stressed:

At the school, some male students were given until September 25, 2019, to remove their facial hair.

Asked if students can explore other options going forward, Forde said that there are multiple methods for hair removal but they still come with their own set of drawbacks.

Noting that some people are mandated to have clean chins and jawlines, he said, "If you are required to shave for your job some people will be able to do it and there are others no matter what they try they will get all the complications of shaving."

Therefore, to employers he urged, "[...] I think you need an open mind and look at each case as necessary but some people having a well-groomed and maintained beard that's low, I think there is still some order and decorum in appearance."