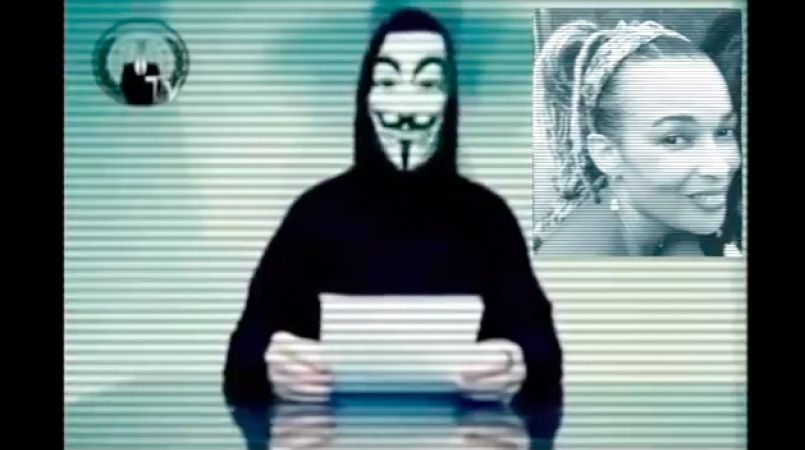 The organisation made the announcement yesterday via the YouTube channel, Anonymous Pertrov, and took credit for previous crashes of the website.

“We take responsibility in our actions. We are responsible for removing your presence from the internet. Hacked by Anonymous Pertrov via Backdoor and DDOS!”

The video entitled ‘Anonymous To Naked Departure - We Are Your Evil Shadow with Ongoing DDOS Attacks’ was published Saturday, February 18, 2017.

To the owners of Naked Departure, they specifically stated, “we are watching closely and will always take control. We are Anonymous. We are Legion. We do not forgive. We do not forget. Expect us.”

And they gave reason for the hacking in the one-minute and 38 second-long video.

This is the second video addressed to Barbadians for the year 2017 from Anonymous. ‘A message to the people of Barbados’ was issued January 3, 2017.

In this new video, Anonymous reminded, “As we said before, 2017 will be the end of injustice, inequality and corruption on the island.”

Anonymous also called on others to help in the process of destruction in whatever way they see fit.

They encouraged, “Whether you start your own group, join an existing group or act as an individual will depend on your disposition. No one can decide that for you. The most important thing is to take the first step and to start doing something, anything. Take action and break the inertia of passivity. This is how you take back your power one millimetre at a time but do so with the exception of destroying a community of people.”

Naked Departure has been removed from the Internet a few times in recent months.

Editor's Note: The Anonymous Petrov channel on YouTube is not the Anonymous Official channel.

Police: We do not spy on Barbadians