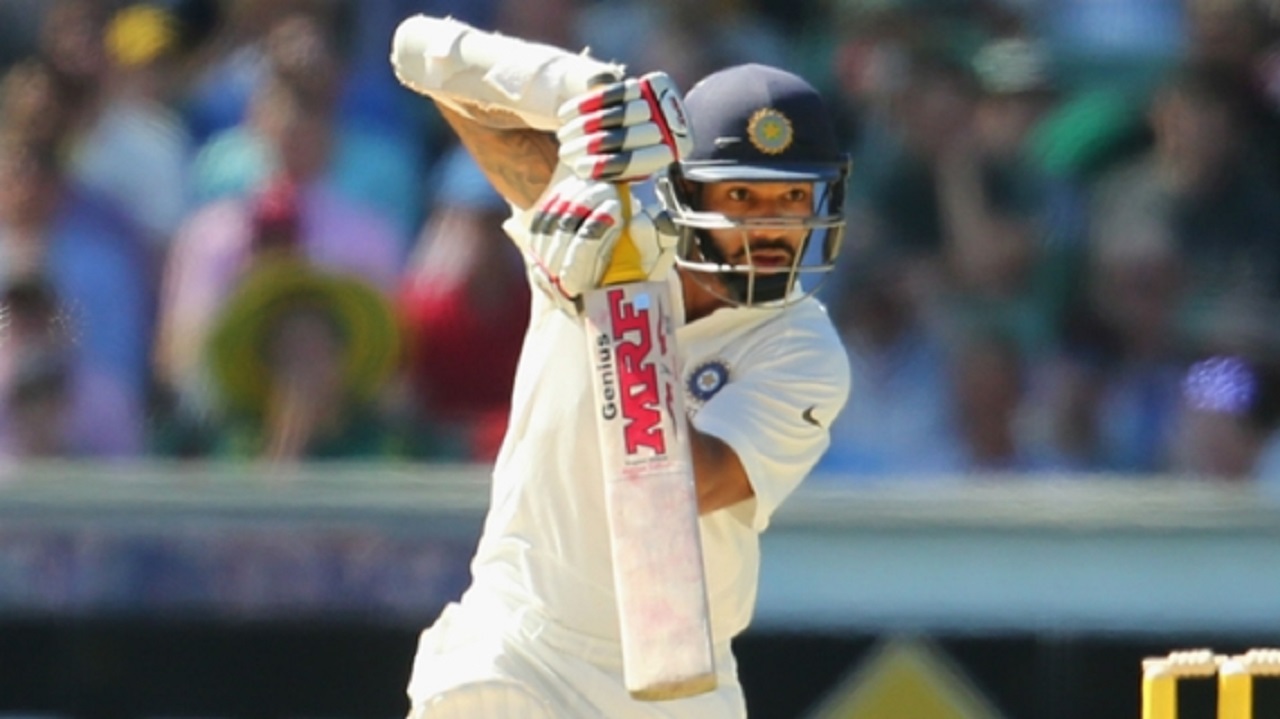 Shikhar Dhawan became the first India batsman to score a Test century before lunch, while Murali Vijay also made a hundred, but Afghanistan fought back well on a historic rain-affected day one in Bengaluru.

Dhawan showed no mercy on the Afghanistan bowlers, bludgeoning 107 from only 96 balls in a baptism of fire for the minnows at M. Chinnaswamy Stadium.

Vijay scored a classy 105 and there was a half-century for KL Rahul as the top-ranked side - captained by Ajinkya Rahane in the absence of Virat Kohli - piled on the runs before stoppages due to the weather.

The impressive Yamin Ahmadzai (2-32) became his country's first Test wicket-taker and the debutants struck four times in the final session, leaving India on 347-6 at the close.

The clean-striking Dhawan tormented Afghanistan with a brutal onslaught, though he had a stroke of luck when appearing to edge a Wafadar delivery, only for captain Asghar Stanikzai to opt against calling for a review.

Rashid Khan was dispatched for 14 off three balls as Dhawan continued to enjoy himself, racing to a seventh Test century in only 87 balls, but he was on his way after Nabi held on in the slips following a parry from Rahmat Shah when Ahmadzai drew an edge.

After moving to 99 prior to a break for rain, Vijay returned to complete his 12th hundred - which included a six and 15 fours - in the longest format.

Afghanistan appeared to be revitalised after another rain interval, however, with Wafadar trapping Vijay leg before and Rahul (54) chopping on to a delivery from Ahmadzai when he looked well set.

Rashid made Rahane his first Test scalp before Cheteshwar Pujara and Dinesh Karthik fell for 35 and four respectively, giving Afghanistan a positive finish to proceedings.

Victory for West Indies in first Test against Sri Lanka

Rohit and Sundar see India through to final