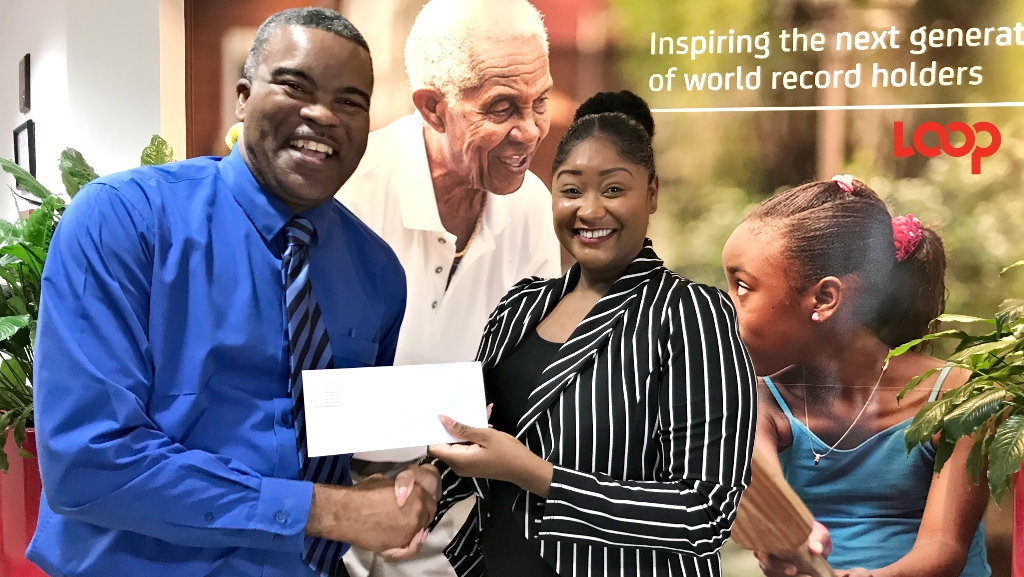 Members of the Royal Barbados Police Force who play dominoes, are raising funds to help a colleague in his quest to attain a prosthetic leg, and Digicel has added some monies to help the cause.

Today, Wednesday, November 27, the team at Digicel made a presentation to Police Public Relations Officer Inspector (Ag.) Rodney Inniss at their Warrens headquarters.

Accepting the envelope from Digicel Marketing Manager Risha Daniel, Inniss said that it will go a long way to improving Raymond De Bellotte's quality of life. A former officer, De Bellotte is a true CARICOM man. He is Grenadian. He was a police officer in Antigua and Barbuda. He got married to a Barbadian and settled down and lived here. De Bellotte is an avid domino player. In fact, he is the President of the World Championship of Dominoes Federation.

"Digicel is proud to support the Police Sports Club in this particularly special fundraising effort especially at this time of the year. Giving back and sharing more with our community has always been important to us. We hope that this donation helps Mr. De Bellotte achieve his goal."

The Independence fund-raising domino competition will be held on Independence Day, November 30, 2019, at Weymouth Police Sports Club. Inniss said that it is open to "all and sundry" once they pay the small registration fee.

As the nation celebrates its 53rd anniversary of Independence, Inniss said that persons can have fun while supporting this project. It will be an individual three-hand domino competition with lots of prizes to be won and surprises. There are also cash prizes and Digicel credit to be won as well. He said that the domino fundraiser will be fun for the whole family from 10am.

This donation comes as Digicel prepares to giveback even more during the upcoming Christmas season.