DJ Puffy has learned life lessons from his mother 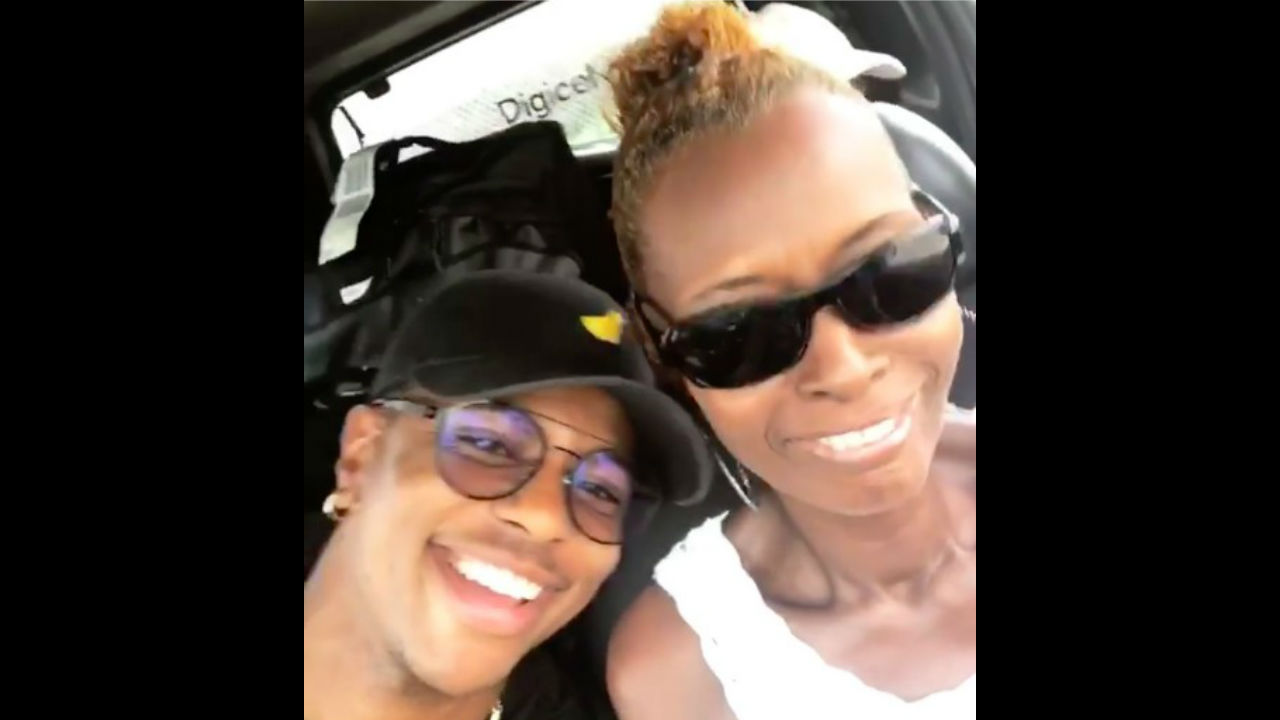 DJ Puffy and his mum Denise Williams goofing around in her previous car. (PHOTO: DeejayPuffy IG)

When Andre ‘DJ Puffy’ Parris presented his mother with a new car last week, many people were proud of his actions, but Puffy didn’t do it for the attention or as a social media stunt.

His love for his mother, Denise Williams is immense and true. In the video, even his mother says, “He’s got a heart of gold!”

Asked what led him to purchase the new vehicle for his mom, the young disc jock, said, “Now because I am now in the position to do it.”

DJ Puffy won the 2016 Red Bull Thre3style World DJ Championship and travelled the world as their Ambassador for the year of 2017. His reign ended recently when he presented the trophy to the new Champion.

Going back to the emotional video, when he presented his mom with her new car, he smiled and said, “Yeah I knew she was going to cry, but emotions always make us behave in ways that are unpredictable.

“But, she always was very expressive with me, from a very young age.”

Puffy’s mother has been his rock of support, pushing him to go after his dream even before many knew the name ‘DJ Puffy’. She raised him alone and in the video, she assures she has no regrets about being a single mom.

Known for chauffeuring her son from venue to venue, event after event, Puffy had the vision to buy her a car for some time now. He admitted, “From the time she got her first vehicle and we went through issues with repairs and sourcing parts.”

International Women’s Day is two days away, March 8, so Loop asked Puffy what are three things his mother has taught him.

“Independence - Just observing my mom she set an example which showed me it's important to be independent.

“Perseverance, determination and innovation - She fought hard to raise myself and my brothers the best way she could, even against the odds. If you can’t find a way CREATE A WAY!

“Humility and manners are two of the most important things in life - Be polite and have manners toward EVERYONE you meet. There’s nothing wrong with complimenting strangers. If you want to tell someone something good, do it! Lead by example and if you’re in a position to help someone, make it happen.”