DLP candidates encouraged by the response of the public 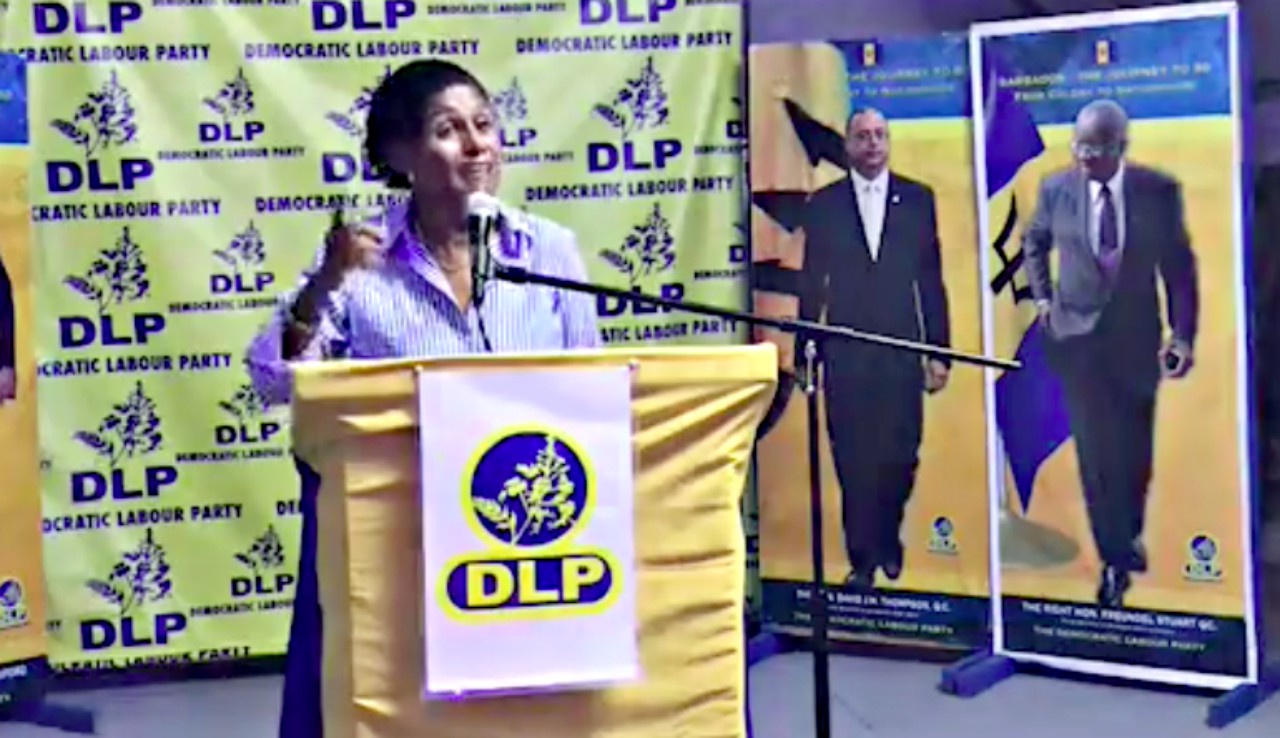 Urging persons to go canvassing with their candidates, one Democratic Labour Party (DLP) candidate has said that only by walking the walk will it be realised how many supporters are out there.

Minister of Labour, Social Security and Human Resources Development, Dr. the Hon. Esther Byer Suckoo told party faithfuls at the meeting following the official opening of the new St. George North constituency office this afternoon, that they need to get out and canvass to see firsthand.

“Try and get out there!

“The reason I say this is, we have a lot of supporters who sit at home, they read the newspaper, they read the foolishness online and they listen to the radio and they think, ‘O Lord, we in trouble.’

“And when I take our supporters out and we go knocking on doors, at the end of the day they say, ‘But Esther, you realise that we got a lot of support?’ I say, ‘Yes, but you won’t realise it’.”

Agreeing that their supporters tend to be "quiet", she gave Barbadians the benefit of the doubt saying that they are not all such “bold-faced liars” as she excitedly spoke about the level of genuine support being shown from house to house. She pointed out that persons have been “encouraging us, that have been telling us that we have been doing a good job, that have been telling us that they fear for this country if the other side should get a hold of it and wondering why, why on God’s green Earth they would be so eager to get their hands on this country?”

The former St. George South representative who lost her seat in the last General Election went on to say that people are in fact expressing some distrust as it relates to the other Party.

“They don’t trust them, you know? Why are they so eager to get their hands on this? And the amount of people that are giving us support, you need to get out there and see for yourself if you haven’t been out canvassing.

“There is a lot of support out there for the Democratic Labour Party. I come away every week more convinced and more and more confident of our success when the Prime Minister chooses to call elections.”

Byer Suckoo said that she came straight to the opening ceremony after being out the field, and she said that not only weekends would you see her canvassing but she canvasses on evenings too and always tries to include new people to share in the experience.

BLP promises to talk to the people