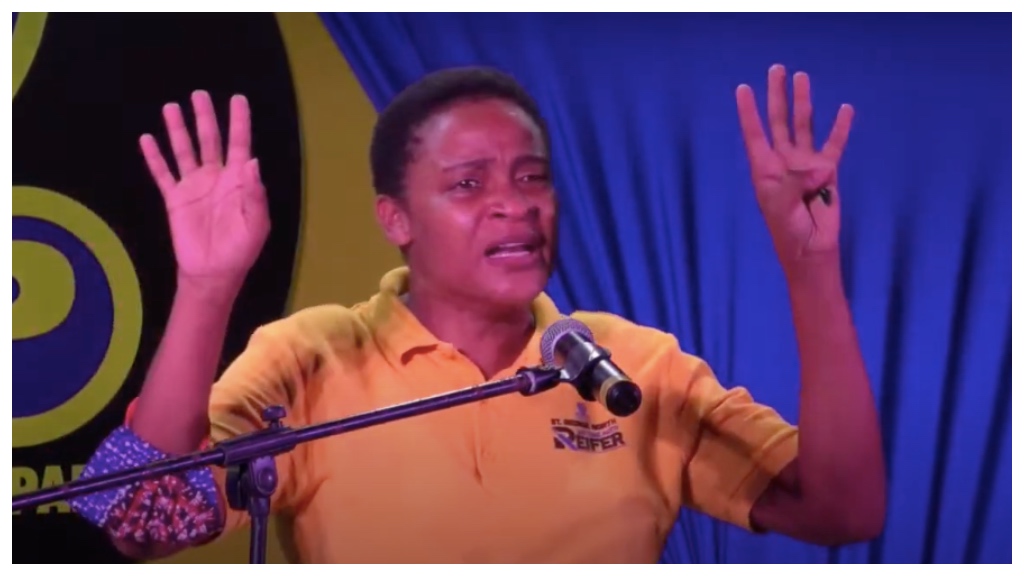 Attorney General, Dale Marshall has been accused of staying silent on the rise in crime in Barbados.

Democratic Labour Party (DLP) leader, Verla Depeiza was speaking on Sunday night at the DLP St George North Mass Meeting in Market Hill St George when she stated that Marshall has remained tight-lipped as to how Government sought to address crime and violence. She suggested that his behaviour was a stark contrast in comparison to when he openly chastised the former Attorney General Adriel Brathwaite in 2017.

"In 2017 when we had one person murdered on Kadooment Day in the midst of a crowd, this present Attorney General piss parade all about Barbados and wanted the head of Adriel Brathwaite and said he was doing that nothing that such a public execution could take place."

"Under the watch of this present Attorney General, somebody went inside Sheraton while the disabled were touring . . . and killed a man inside the mall in broad daylight, and not a peep could be heard from the Attorney General," the DLP president remarked.

She contended that the Mia Mottley-led administration was "a flurry of activity but not a bit of action" as they have not shown policy initiatives and strategies on how they sought to reduce violence in Barbados.

Depeiza maintained that the Barbados Labour Party (BLP) Government was "devoid of any policy".  She referred to the rising local crime statistics, pointedly mentioning that the island recorded 49 murders in 2019, 28 in 2018, and 30 in 2017.

"They are devoid of any policy, they like pretty talk. We like to work! We had something to show for our ten years. . . . We have told them over and over again until we are hoarse – you have to deal with this from the root," she said.