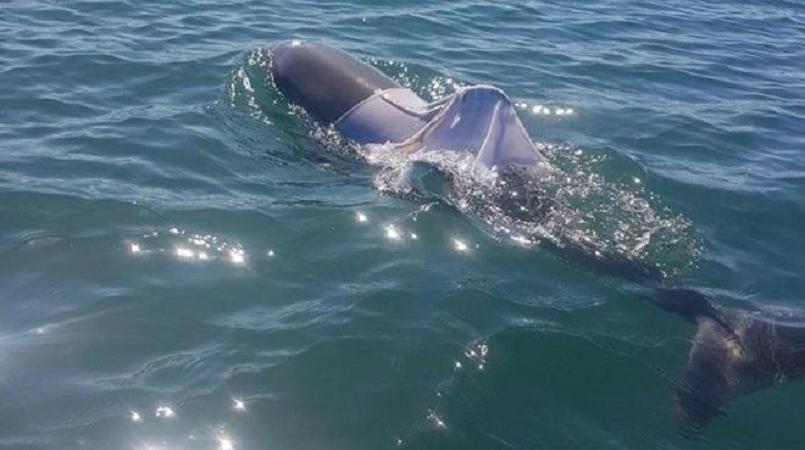 Authorities in Western Australia are searching for a dolphin believed to have been deliberately wrapped in a shirt.

The Department of Parks and Wildlife said the bottlenose dolphin was spotted off Bunbury, 170km (106 miles) south of Perth, on Australia Day last week.

A member of the public took images of the animal before alerting authorities.

Australian laws prohibit people from interfering with dolphins or whales without approval.

The public has been urged to report any sightings.

The photos appear to show the dolphin "wrapped" with a shirt or singlet vest, the department said.

"It is unlikely that the dolphin swam into the singlet, so this appears to be an intentional act," it said in a statement.

"This could have been catastrophic for the dolphin if it had covered its blowhole and restricted its breathing.

"Unfortunately the animal has not been seen since."