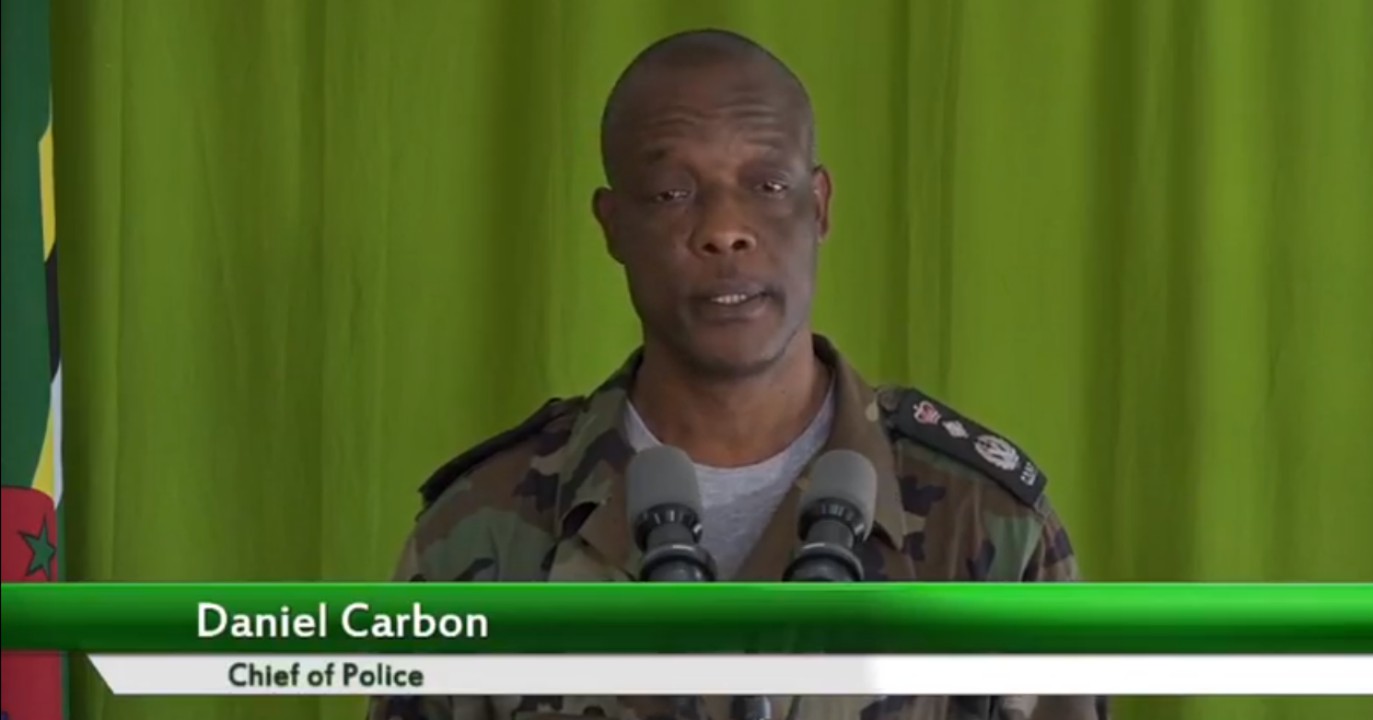 Chief of the Dominica Police Force, Daniel Carbon provided an update of the security situation in Dominica.

The police forces in Dominica are currently under immense strain as they attempt to distribute relief supplies, search for missing persons and keep looters at bay but the situation is beginning to improve.

Word of this came from the Chief of Police in Dominica, Daniel Carbon as he spoke during a security press briefing held at the Office of the Prime Minister this morning.

Carbon confirmed rumours which had been circulating on social media of persons engaging in widespread looting of businesses, supermarkets and homes. Carbon said the looting has been occurring mainly in Rosseau and to a lesser extent in Portsmouth by a large group of men. According to police reports, after the passage of Hurricane Maria a group of men were seen around the city armed with machetes and knives, entering buildings and removing items such as television sets and bicycles.

“The police force was very challenged both as it relates to search and recovery and massive looting but we now have the situation under control.”

Security forces have also made a number of arrests- 40 arrests in relation to criminal matters and 86 arrests of persons who were in violation of the 4 pm to 8 am curfew. In addition four prisoners reportedly escaped from the Dominica State Prison with two of them now residing at the state hospital after being shot by police during their apprehension. One looter was also shot by police.