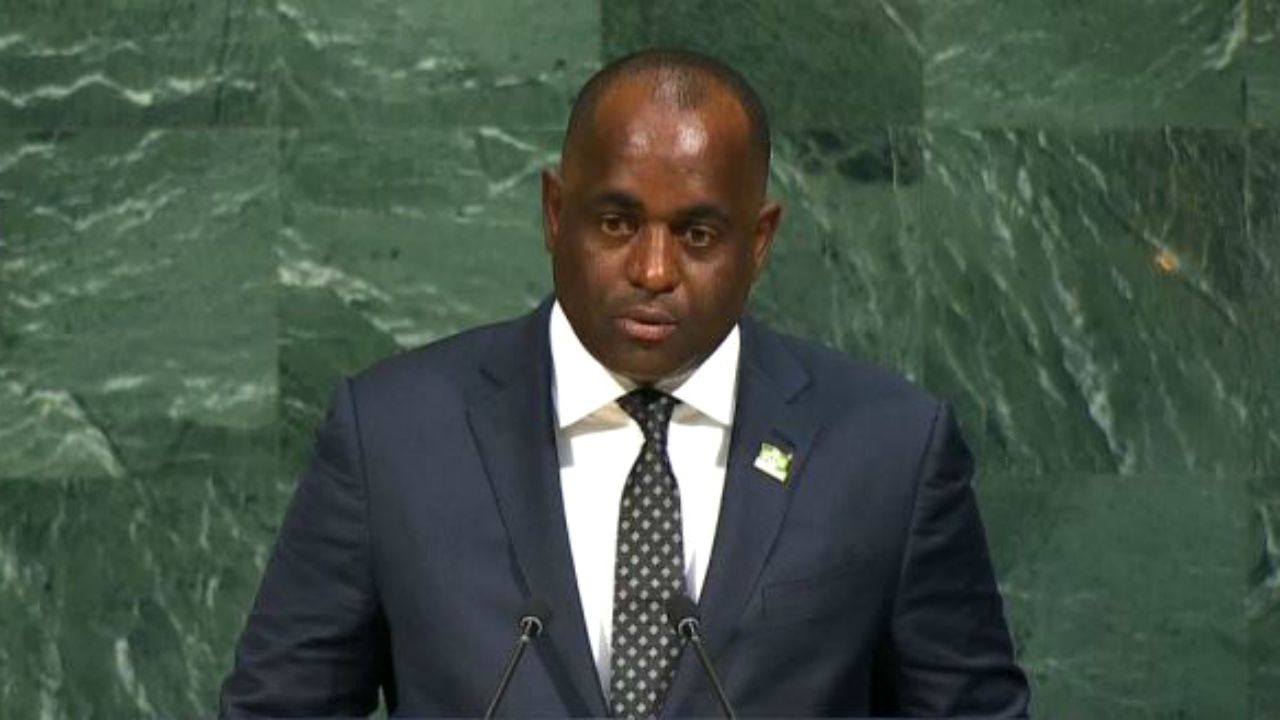 Some 72,000 Dominicans are casualties in the war against climate change.

These were the pointed words of Dominica’s Prime Minister Roosevelt Skerrit, as he addressed the United Nations General Assembly in New York this morning in an appeal to the international community to give meaningful aid to his country’s restoration efforts in the wake of catastrophic Hurricane Maria.

Reports on the ground in Dominica describe a country quickly spiraling into chaos, with widespread looting in the face of shortages of water, food, medical care and other essential supplies and amenities.

PM Skerrit said “Seventy-two thousand Dominicans lie on the frontline of a war they did not choose with extensive casualties from a war that they did not start.”

“While the big countries talk, the small island nations suffer. We need action and we need it now,” he added.

“We are shouldering the consequences of the actions of the others - and all for the enrichment for a few elsewhere.”

“I call upon those with substantial military capacities to lend us the rescue and rebuilding equipment that would be standing idle waiting for a war. Let Dominica today be that war because currently our landscape reflects a zone of war.”

Skerrit said the time has come for the small nations of the world need to know “who are our real friends” and “who have our backs”.

“The time has come for the international community to make a stand and to decide whether it will be shoulder-to-shoulder with those suffering the ravages of climate change worldwide, whether we can mitigate the consequences of unprecedented increases in sea temperatures and levels, whether to help us rebuild sustainable livelihoods or whether the international community will merely show some pity now and then flee - relieved to know that this time it was not you.”

He said some countries, such as the United Arab Emirates, have already pledged support and urged others to follow suit.

PM Skerrit also recommended that substantially more funds be made available to vulnerable countries for loss and damage in order to reduce the risks associated with future incidents.

“The World Bank facility must be recapitalised for greater coverage by using already committed funds from the Green Climate Fund,” he said, adding this would allow developing countries to focus on improving the lives of people, as well as rebuilding in a way that is resilient to the realities of rising sea levels and warmer oceans.

“We ask you not to express your sympathies this week and then hope our eyes do not meet next week,” he urged before concluding, “We need you. We need your humanity and we need you now to act truly as our United Nations.”