Don’t try to be a Surf Rat! 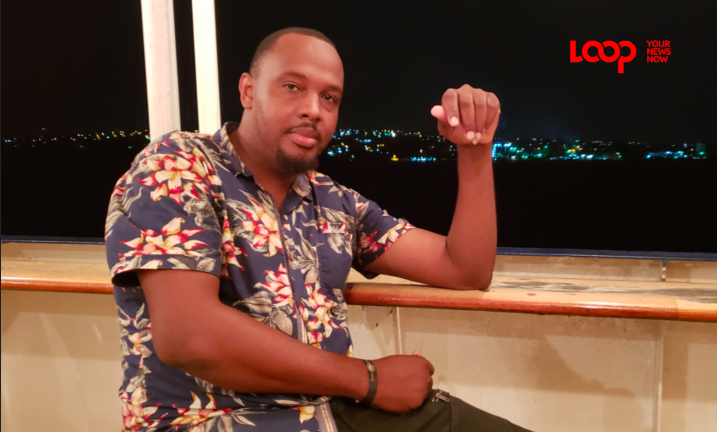 Surf Rat is a hot commodity for the Crop Over season.

If you take only one thing away from this article, let it be Surf Rat’s advice - to be yourself always.

Loop finally got to interview DJ Surf Rat and as he says... “it just flowed”.

As the MV Harbour Master sailed back to dock by the Shallow Draught, Surfie, we mean Surf Rat, who had played earlier on the Green Flash 5th Annual Crop Over cruise chatted about his career.

And we started at the very beginning because that’s a very good place to start.

Believe it or not, Surf Rat got his alias from childhood. “That is just my normal nickname. That is my nickname from de time I was small. I had a shirt that had Surf Rat on it and people just call me Surf Rat.”

Playing from the time he was in short pants at St. Lucy Secondary, now the Daryll Jordan Secondary School, Surf Rat says that this thing comes naturally – and by things we mean his sayings, expressions, acronyms and instructions.

With a smile he said, “It’s natural. I don’t study dem things. I just say that out my head to the song that I gine play. I just groove to de song.”

Quick to give instructions and watch the crowd follow his command, he admitted, “Yuh does feel good though to know that you moving de crowd and whatever you do, you still got de crowd wid yuh.”

Loop playfully asked Surf Rat to be honest about how he feels when people come up to him weeks and months later telling him about something he may have said on a promo CD or in a fete. He said, “Sometimes I don’t even remember I say dah. But people does come and tell me nuff tings, but it don’t be nothing plan, so nuff tings I does forget.”

Now 33 years old, Surf Rat has been into music for about two decades and he’s really infiltrating all kinds of parties. We asked him about playing for stush crowds more recently. “Well, as most say de bougie crowd, I just observe and I fit right in there now. So nuff of them does appreciate me and you know de ghetto got me already so? It does just flow.”

Surf Rat is on many a card this Crop Over season and he confessed that there is actually no event he dreams of playing at. “Not really. It don’t really bother me, things like I wanna play at this and that, because if I aint dey, I someplace else.”

He explained that 2017 was “rough, real rough”, and this year “it’s still there”. He says he does CDs every day and plays every day, so he is never home “stick up”.

With a great respect and love from fans of all ages and demographics and social statuses, if people are honest, Loop asked Surf Rat to share some advice with upcoming deejays and those thinking to get into the field.

Double win with Stoli for Slashsoundz at Roast