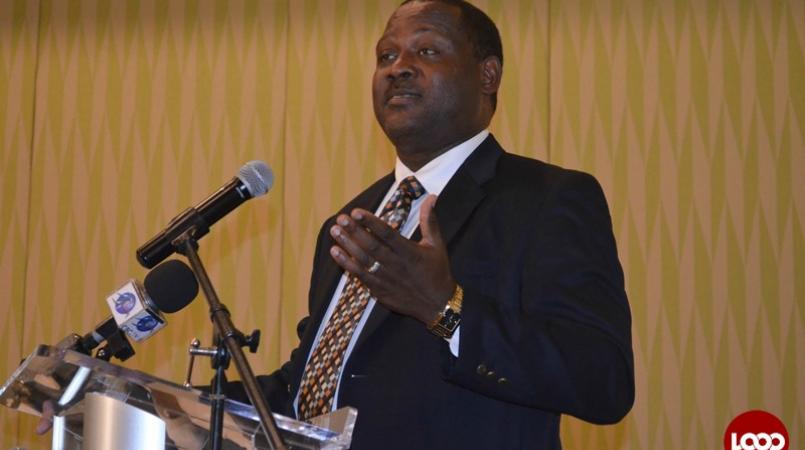 Young men have been holding the spotlight in the news for their role in the recent spate of gun-related crimes but Member of Parliament for St James South, Donville Inniss, is urging Barbadians not to paint all young ones with the same brush.

He spoke to the media on the sidelines of a mural construction headed by Haitian artist, Philippe Dodard, which is located in the heart of his constituency in West Terrace, St. James on Wednesday.

He said he understood Barbadians would be concerned with the frequency with which these incidents are occurring as well as the ages of those of involved. He said in spite of the very worrying statistics, he believes society should pay attention to the positives.

“I would not, in any shape, form or fashion, discount the way in which Barbadians feel as it relates to gun violence… [but] I am still very heartened by the number of positive young people around and I don’t want us in Barbados to start writing off all young people, thinking that they are all bad. They are not all bad.”

It was just yesterday that three young men appeared in the District A Magistrate court to answer to charges related to the shooting which took place on Kadooment Day. Inniss said for every one deviant young person there are perhaps hundreds more who are on the right path. He said the high number of Government Scholarships and Exhibitions recently awarded, as well as the high enrollment numbers at the Samuel Jackman Prescod Polytechnic and the Barbados Community College are proof that many young ones are taking advantage of educational opportunities.

“So this tells me that the majority of young people out there still want to further themselves, still want to do something positive. I just feel very strongly in the midst of the crime situation we are having with deviant individuals who need to feel the full weight of the law without delay, that we must still accept the fact that the majority of young people in Barbados are very positive people.”

Inniss added he recognises that the public is asking for more to be done to address the issue of gun violence but it is also necessary for them to lend assistance by providing information to investigating officers.

Jones: Root out the gun suppliers