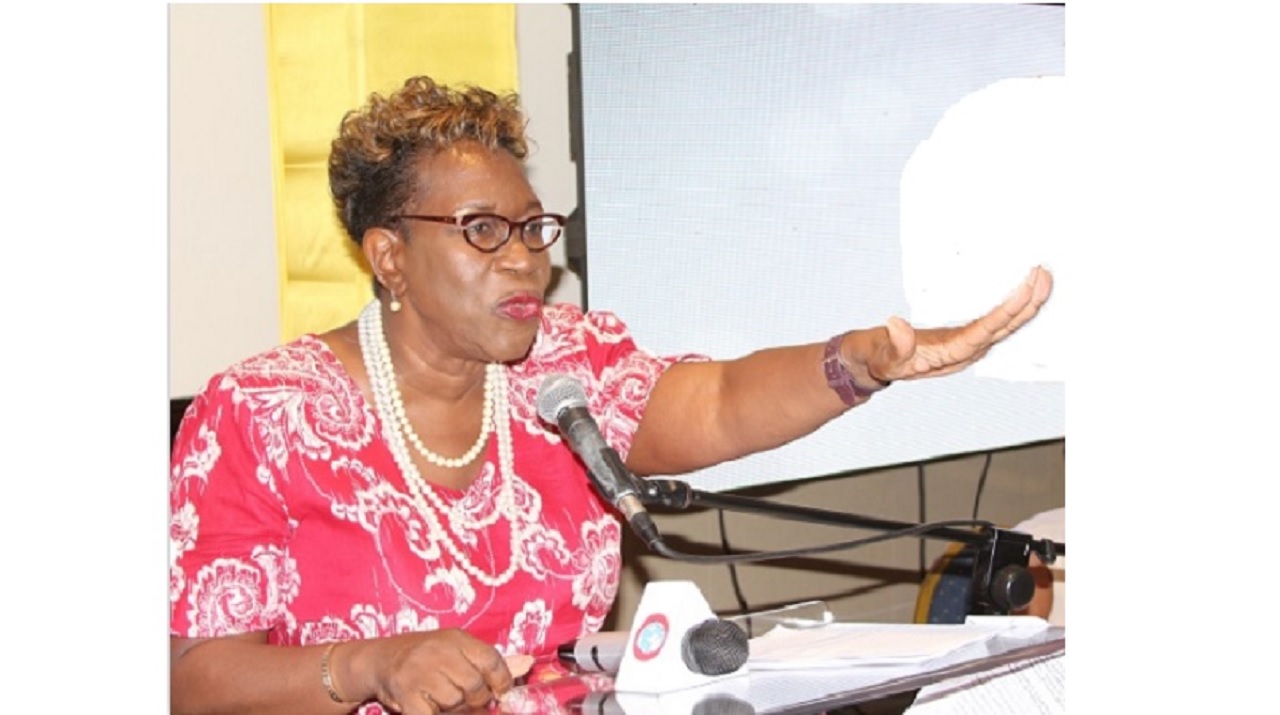 Veteran dancehall entertainer, Ninjaman, was convicted on circumstantial evidence in the Home Circuit Court of Jamaica on Monday, according to the Director of Public Prosecution (DPP), Paula Llewellyn at the end of the in-camera trial

The DPP, who talked with reporters, including Loop News’ Job Nelson, at her office after the trial, said the entertainer, christened Desmond Ballentine, as well as his co-accused son, Janiel, and Dennis Clayton, were not seen pulling the trigger of the gun that killed Ricardo Johnson in 2009.

However, she said evidence given at the trial, pointed to the three men committing the act as a result of a domestic feud that started the previous day.

Llewelyn said that the individuals who were involved, including the deceased, the main crown witness and the now convicted men, were all friends before the shooting.

According to Llewellyn, the feud started on March 16 with a domestic dispute on Marl Road in Olympic Gardens, St Andrew, Jamaica. She said the feud reportedly involved two tenants, Johnson and an elderly woman, at a premises which Llewelyn did not disclose. 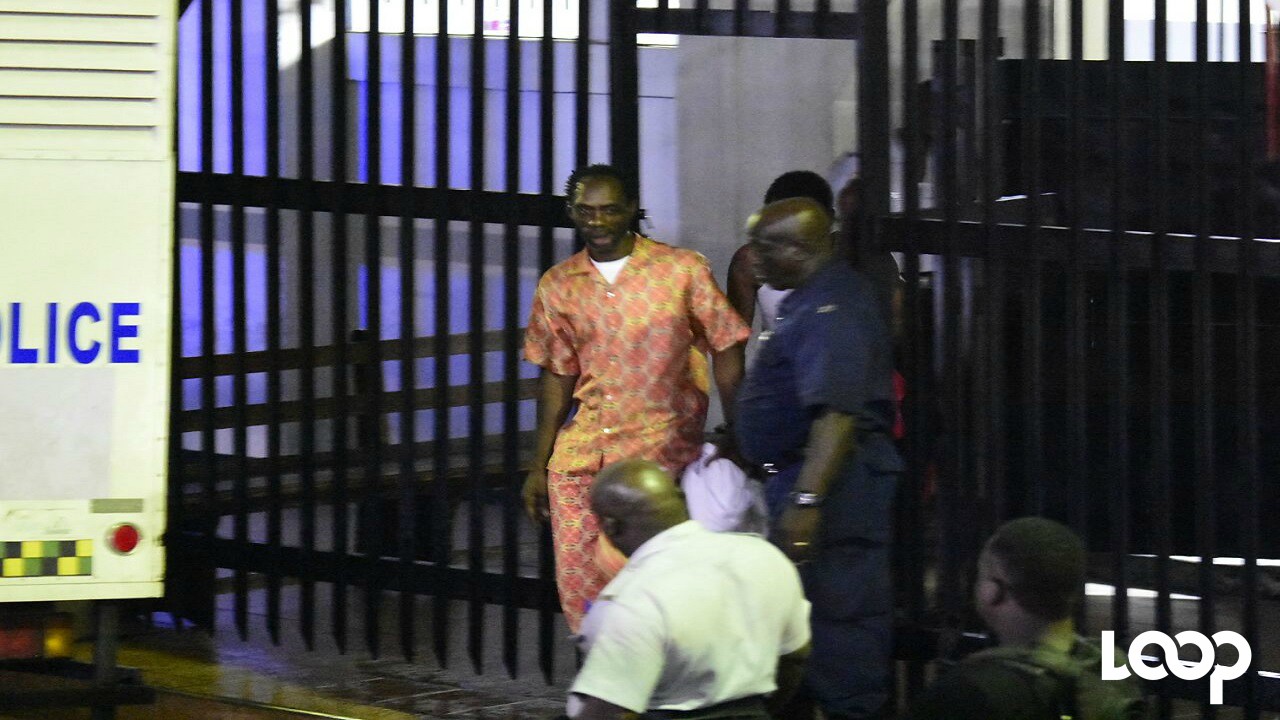 In the evidence given at the trial, the elderly woman called her granddaughter to help to quell the later afternoon dispute, and the grandd, in turn, n turn called her boyfriend, Clayton, who is also the father of her children.

The latter allegedly went to the premises and got into an argument with Johnson and the owner of the property, whom Llewellyn called ‘Witness A’, because he is on the Witness Protection Programme. Witness A agreed with Johnson in the dispute.

According to the evidence, Clayton and Johnson eventually got into a fist fight, which Clayton won, but he returned about 8:00 a.m. on March 17 with other men, and was then armed with a machete. During that round of the fuss, stones were also thrown.

Llewellyn said the evidence given was that after another bout of arguing, during which the younger Ballentine drove up and stopped at Johnson’s gate and made threatening remarks at him and Witness A, both Johnson and Witness A walked away from the fuss.

But later the same morning, Witness A went to visit Johnson and the same car was driven to the scene, this time with Clayton, Janiel and Ninjaman, who, after exiting the vehicle, threatened both men, as well as a relative of Johnson, who intervened. The Ballentines and Clayton later left the scene.

But about 11:30 in the morning, Clayton returned with another group of men, who were armed with boards and bats. They approached Witness A and Johnson, who both ran in different directions.

While retreating, the evidence was that Witness A encountered Ninjaman, who had a gun in hand that he used to fire at Witness A, who ran to the back of Johnson’s house, where he saw the now deceased man, and both ran through a hole in the fence of the property.

According to the evidence, Witness A, after covering some distance, looked back and saw Johnson pushing the fence back in an effort to prevent others from coming through the hole. Johnson also had a machete that he was using to chop at the fence in a bid to ward off the attackers.

Witness A testified of then hearing a loud explosion coming from the other side of the fence, and saw what appeared to be blood coming from Johnson’s side, with him shouting that he had been shot.

Witness A then saw Clayton looking over the fence briefly before Johnson fell and died at the spot.

Llewellyn said a relative of Johnson also gave evidence that she saw both Ballentines jumping over the gate of the premises with guns.

The DPP said Clayton was placed at the crime scene by Witness A. She said voice recognition was also used to identify the younger Ballentine. This came from a witness who went to school and grew up with him. She said that witness was inside the house while everything was taking place.

“So the crown asked the court and the jury, using the concept of common design, to infer that these three men were acting together in a common design, which was aimed at using the guns to cause grievous bodily harm to Mr Ricardo Johnson,” Llewelyn indicated.

According to the DPP, her team of Kathy Pike and Nicholas Edmonds fought a hard battle, as the defence team put up a tough challenge in an effort to free their clients.

“As an experienced prosecutor, remember our role is to present the best possible case. It was a hard case. It was a difficult case. Circumstantial evidence cases are difficult to prove. There were critical issues of law that the crown had to make sure that they did their research, to be able to convince the court, especially in the case of Dennis Clayton, who was always armed with a machete,” outlined Llewelyn.

Queen’s Counsel Valerie Neita-Robertson represented Ninjaman, with Gladstone Wilson appearing for Clayton and Linton Walters for Janiel. All the lead defence attorneys declined to comment after the verdict was given.

The jury found Ninjaman guilty of shooting with intent and murder. Janiel and Clayton were found guilty of murder.

All three are to be sentenced on December 15.

I'll be back, says Ninjaman