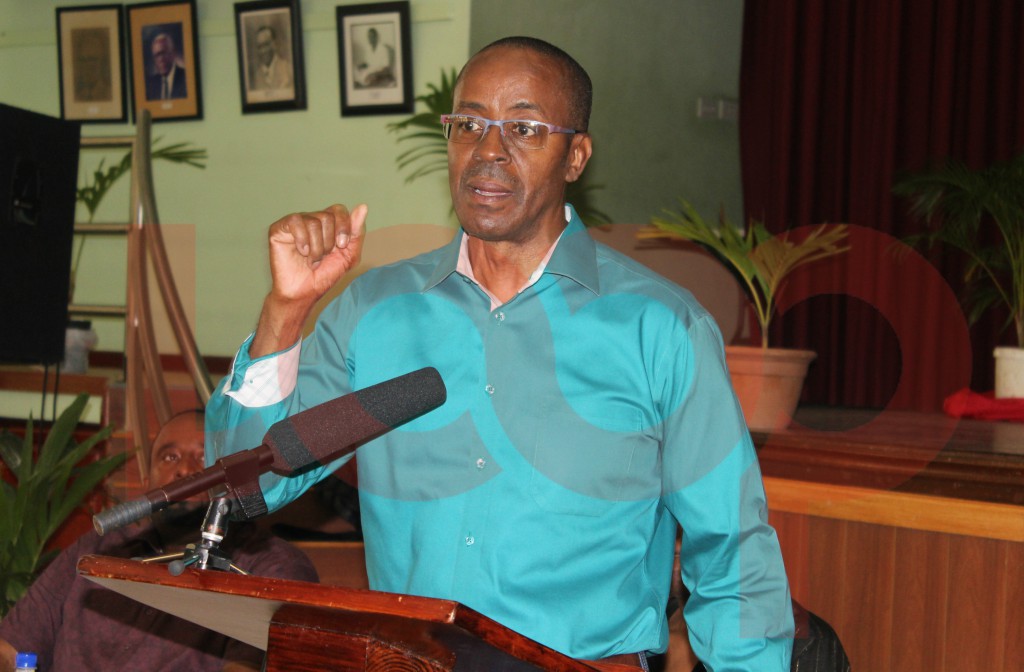 Chief Economic Counsellor to the Prime Minister, Ambassador, Dr. Clyde Mascoll has shut down critics who have raised questions about government’s contract with the UK financial advisory firm, White Oak.

White Oak Advisory has become a major talking point following the publication of an article in the Financial Times earlier this month which said creditors were “outraged” by the $27 million fee the firm will receive for restructuring government's foreign debt.

Speaking at a St. Michael West constituency branch meeting on Sunday, Dr. Mascoll fiercely defended government’s decision to utilize the services of White Oak, noting there is no individual or firm in Barbados "qualified to conduct government’s debt restructuring”.

“When you are in these kinds of difficult situations you hire the best. It is easy to study to be a surgeon, it is easy to do heart surgery theoretically but I would rather risk my life with somebody who has done it practically.

This notion that government could have found a local individual to restructure Barbados’ debt is nonsense. I see all of the debates and they are all salacious. They are intended to project a certain kind of image.”

In response to those who were concerned about the fee White Oak is to be paid, Dr. Mascoll said,

“Why would it interest any foreign company what Barbados pays for a service? If a person is purely academic and has never had the opportunity to do practical work, would you risk a country at this stage of difficulty being put in the hands of a Barbadian? To give the impression that you can find a local person to do it is ridiculous.”

Almost a year after government announced it will be suspending foreign debt payments, there has been no definite date for the conclusion of negotiations with external creditors.

Dr. Mascoll said while government was able to restructure its domestic debt within a few weeks, negotiations with external creditors is always a lengthy process.

He admitted there will be some fallout for current and potential investors as the debt is being restructured, however, he said government has put measures in place, such as converging the corporate tax rate, in order to make doing in business more attractive.

“To bring your corporate tax rate to that level will also inspire foreign investment so on the one hand you are trying to restructure external debt and on the other you are already repositioning the country’s competitiveness to a position where companies will be excited to come to Barbados.”