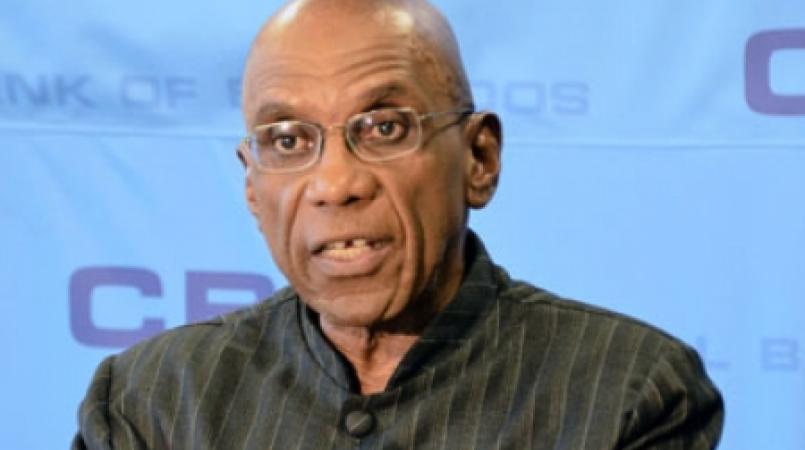 Economist, Dr. Delisle Worrell is of the view the time has come for countries in the Caribbean to permanently retire their currencies and adopt an international currency, namely the US Dollar.

In his monthly Economic Letter, he noted most international transactions are conducted with US and or other international currencies but “with Barbados dollars you cannot buy or sell anything outside of Barbados, not even in nearby St Lucia, much less in the rest of the world.”

“The GDP of Barbados in 2018 was about US$5 billion, but the country had access to less than US$3 billion of international goods and services, because that was the total availability of US dollars and other foreign exchange from exports, tourism and other services, and foreign financial inflows.

Once the economy is fully converted to US dollars and the local currency fully retired, the entire US$5 billion may be used to obtain the best value for money, in transactions anywhere in the world.”

Dr. Worrell said Caribbean currencies served their purpose when they were first introduced but they are now considered to be a “nuisance in today’s digitised world”.

He said the world has moved pass “notes and coins” as a method of payment as most transactions are now done with electronic transfers, cheques and credit cards.

“This system worked well, so long as currencies were anchored on a single universally used reference, the US dollar price or an ounce of gold. However, the whole system of currency values fell apart when the US effectively moved off the Gold Standard at the time of the Smithsonian Agreement in December 1971. Nowadays, currency notes and coin, mostly of uncertain value in terms of purchasing power of the everyday goods and services we need to source abroad, are little used domestically.”

By eliminating the Barbados currency and replacing it with the US Dollar, Dr. Worrell argued, this move will open up new doors for international trade.

“Since these are all computer records, it is immaterial how they are denominated, so long as both ends of every transaction match. There is no reason to link the denomination of the electronic transactions to the value of notes and coins. Replacing the Barbados dollar with the US dollar for all transactions, domestic and foreign, enhances the range of choice open to the country and its residents, in all international commerce.”

Euro currency remains a work in progress on 20th birthday