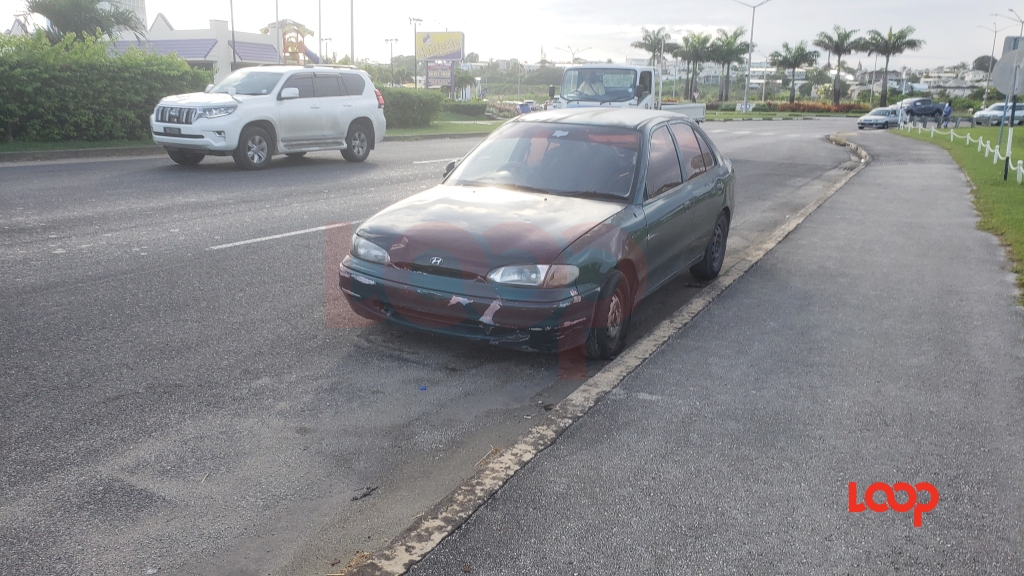 Stalled vehicle left in Warrens for a while.

When vehicles stall, drivers are supposed to safely move them to prevent a traffic jam and or future accidents.

After a green sedan was left on the side of the ABC Highway in Warrens for countless weeks, this word of caution is coming from Royal Barbados police Force (RBPF) Public Relations Officer, Acting Inspector Rodney Inniss.

The sedan with a flat tyre was left on the shoulder of the highway so long that though moved weeks later, a discoloration of the asphalt had occurred where it was parked. The plates were also removed from the vehicle days after it was abandoned. 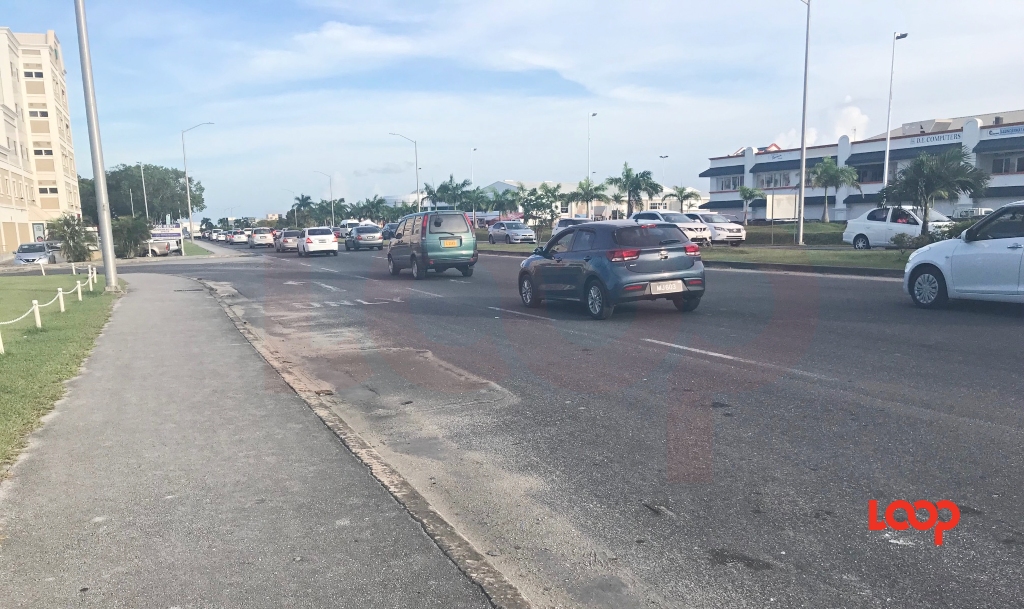 “When vehicles are stalled, the owners should always seek to get the roadway clear. They should look for some avenue where they can take the vehicles off the road whether it’s a side road, or a parking lot or any other area which would be safe to keep the highways and byways clear, so that our traffic can keep going.”

Noting that it's not always easy to navigate the vehicle safely out of the lane or the area, he advised:

“They can also speak to their insurance.” He said that most insurers have means of rendering assistance.

But in the absence of all his suggestions, he said that persons need to seek to get a wrecker on their own “as soon as possible".

“They have a responsibility to make sure that they do not obstruct the free flow of traffic, whether it is a broken down vehicle or not. The onus is on the drivers and the owners of those vehicles to keep our roadway as free as possible.”

He said that the stalled vehicles are not only a problem as it relates to traffic, but warned: "There is potential for other hazards. It creates a hazard for potential accidents to occur.”