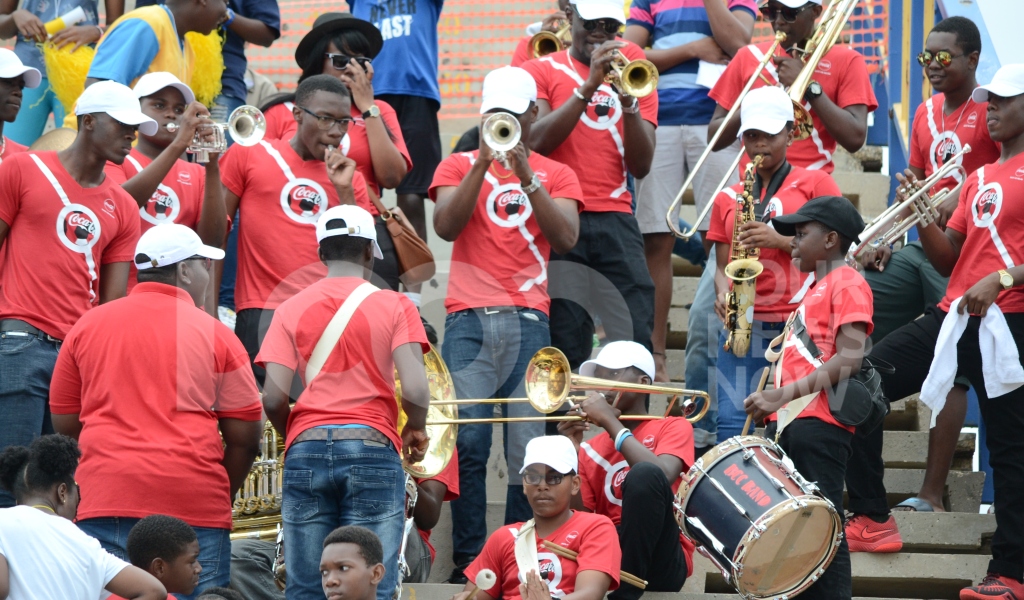 Drum section had the sports lit.

This year the stand at the National Stadium will come alive with the sound of music as the drums and horns, silenced over four years ago at BSSAC - the Barbados Secondary School's Athletics Championship - will be making their return.

The announcement, a few moments ago from the organiser of the games, the Barbados Association of Principals of Public Secondary Schools (BAPPS).

Chairman, Juanita Wade, the principal of Harrison College, in her remarks during the opening ceremony and parade of teams, said so far they have seen "the friendly rivalry among the schools" in both real-time and on social media.

"We expect that the creativity and rhythm that we have seen being shown in these rhymes, lead to greater performances from our athletes while, providing heightened levels of excitement and entertainment for you, the spectators.

"I urge all athletes to set their goals and go after them.  It is clear that the athletes who will be on [the track and in the field] today [and tomorrow], have exhibited high levels of dedication to the sport.  They stand out as positive examples of all that we want our students to be," she said.

Over the next two days, athletes drawn from 25 of the nation's public and private secondary schools will be competing on the national level against each other, in an effort to make it onto to this year's National team to represent the island at the 48th Annual CARIFTA Games, being held in the Cayman Island, over the Easter weekend from April 20 to 22.  In addition, they will be vying not only for school bragging rights but also for a chance to attend NACAC - the North American, Central American and Caribbean Athletic Association meet being held in Mexico between April 19 and 21.