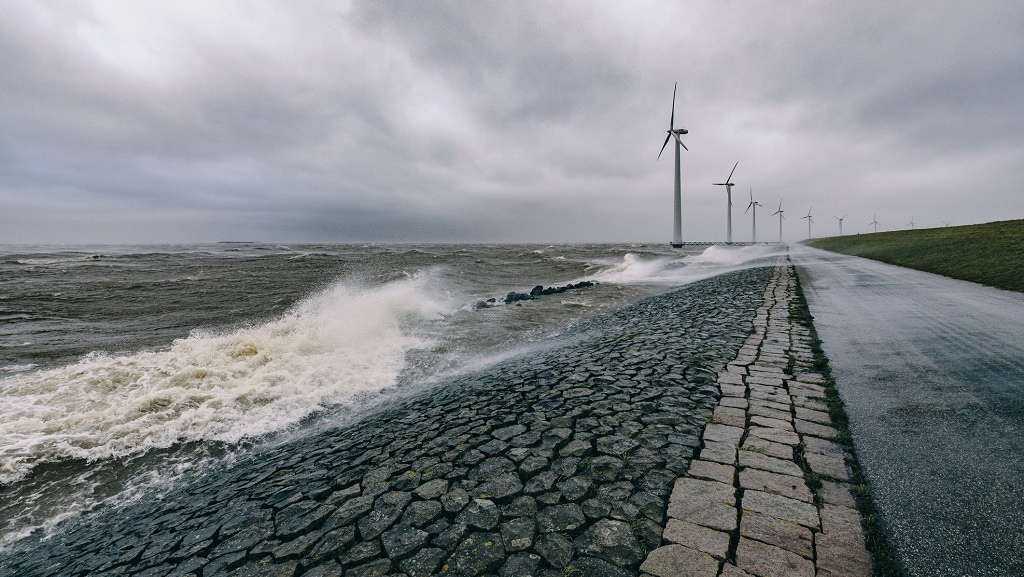 Rising up in a thin line through the waters separating the provinces of North Holland and Friesland, the 87-year-old Afsluitdijk is one of the low-lying Netherlands' key defences against its ancient enemy, the sea. With climate change bringing more powerful storms and rising sea levels, the dike is getting a major makeover.

The Dutch government has embarked on a future-proofing project to beef up the iconic 32-kilometre (20-mile) dam. Work is already underway and is expected to continue until 2023.

Just what the Afsluitdijk and the rest of the world's coastal regions will have to endure in the coming decades will be outlined this week in a new United Nations scientific report on the impact of climate change on ice and oceans.

The Dutch, whose low-lying country is crisscrossed by rivers and bordered by the sea, have been battling with water for centuries. That challenge will only grow as warmer temperatures cause sea levels to rise. With that in mind, the government this year established a "knowledge program on rising sea levels" that aims to feed expertise into the country's ongoing program of building and maintaining its water defences.

"The Netherlands is currently the safest delta in the world," the government said, announcing the new program. "We want to keep it that way."

Boris Teunis, an expert on emergency water management with the Dutch water agency Rijkswaterstaat, said in a recent interview that sea levels have been rising for years "but what we are worrying about is if that is going to accelerate."

Engineers are strengthening the Afsluitdijk, including laying thousands of custom-made concrete blocks and raising parts of it. They are also improving the highway that runs over the narrow strip of man-made land which lies between the shallow Wadden Sea and the Ijsselmeer inland sea and which, despite its name, is technically a dam rather than a dike because it separates water from water.

The cutting edge of the design work for the strengthening is not being done at a beach or estuary, but in a long wave tank known as the flume in an industrial area of Delft, the historic city best known for its delicate blue and white china and painter Johannes Vermeer.

Engineers built a scale model of a cross-section of the Afsluitdijk in the tank and are pounding it with waves that they say should occur only once every 10,000 years. The goal is to make sure the new design can survive the destructive power of such a storm.

Mark Klein Breteler, a dike expert and project manager at Deltares, the water research centre that built and uses the flume, said the new design of the Afsluitdijk needs to handle everything that climate change throws at it.

"We know about sea level rise but also the storminess of this area is increasing, so wind speeds are higher and we get larger waves," he said.

This kind of innovation and the constant care needed to maintain the Netherland's thousands of miles of dikes and levees does not come cheap. The government has earmarked nearly 18 billion euros ($20 billion) to fund such projects for the period from 2020-2033.

But the return on that investment is more than just dry feet for the 17 million people who live in the Netherlands. An industry group estimated that the country's water sector exports were worth 7.6 billion euros ($8.3 billion) in 2018, as the Dutch sell their expertise to other low-lying countries and cities around the world.

"The major challenge is to take water and the changing climate into account in all spatial planning" in the Netherlands, Delta Commissioner Peter Glas wrote in a report this month.