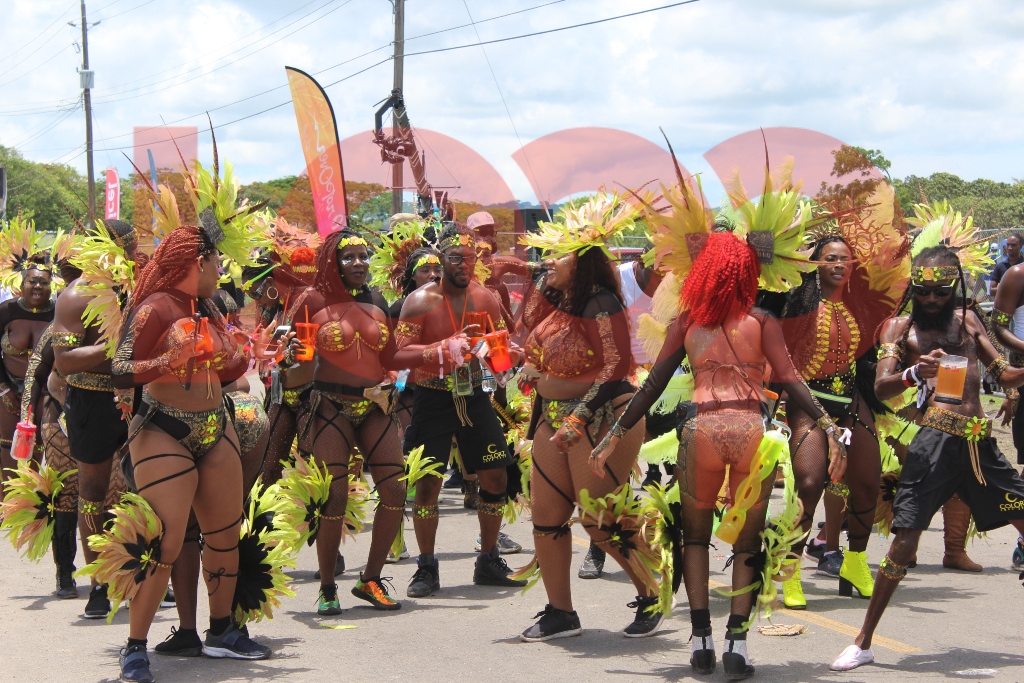 Duty-free concessions has saved some Grand Kadooment band leaders dollars in the bank and they are hoping, going forward, the savings will increase significantly.

Back in June this year, the Minister of Culture, John King announced that government had granted duty-free concessions to all levels of cultural practitioners.

Band leaders had been lobbying government for a number of years for duty-free allowances to be approved, as noted by the interim President of the Barbados Association of Masqueraders (BAM), Chetwyn Stuart.

LOOP NEWS caught up with band leaders at the National Botanical Gardens on Monday for the staging of Grand Kadooment to hear their views on the new policy.

“It helped and will help going forward. It is a good thing, especially this year when things are tight… I personally did not utilize it the way that I should but I think it is a good thing. Barbadians take time to adapt to changes so I think that next year is when you will really see the benefits of the duty-free concessions, said Leader of Kontact Band, Anthony Layne.

Head of Zulu International, Aundre Wharton said the process started out somewhat “disorganized” in the initial stages but the band was “thankful that the issues were rectified and that we were able to access the concessions”.

“I haven’t had an opportunity to do all the reconciliations but it definitely would have been some savings from what we would have spent last year to bring in everything that we needed," Wharton added.

Layne also told LOOP NEWS now that the issue of concessions had been addressed, he believed it was time for the Ministry of Culture to look into other costs associated with the festival, particularly for revelers.

He noted for 2019 the band had around 250 revelers on the road, which was a decrease when compared to last year.

“This year we have experienced a fall-off...  some people say the flights are too expensive, hotels and rooms too expensive. It suggests that Barbados is a very expensive destination to come to and they prefer to go to St. Lucia or Grenada. Some of our revelers from last year said that this year. A handful of them came back to Barbados but a lot of them, maybe 35 percent did not come.”

Layne suggested stakeholders in the festival need to develop a plan to “get Barbados back on top of the game” of carnivals in the Caribbean.