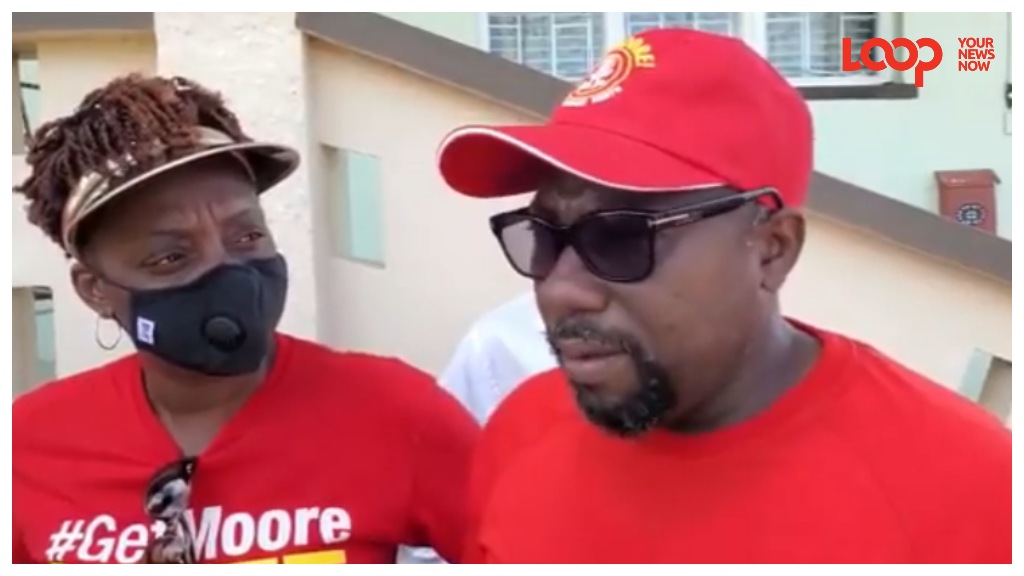 The Barbados Labour Party (BLP) appears to be distancing itself from the incendiary comments made on one of its political platforms last Thursday.

Minister of Youth, Sports and Community Empowerment Dwight Sutherland is making it emphatically clear that the BLP values sportsmen and sportswomen.

“Let me state it categorically that this Government respects all sportsmen and women in this country and we can see our vision in terms of making sports a key pillar of this economy.

We know there are some sportsmen who are not academic and we don’t have any difficulty with that, we regard sports as fundamental to building out this economy and I want to put that on record,” Sutherland said in speaking to members of the media while out on the campaign trail with Toni Moore.

While stating that “people can make mistakes” and suggesting that this may have been the case of the person doing so “in their exuberance and excitement”, Sutherland stressed that the comments should not be used to detract from the essence of the present political campaign.

Toni Moore and Floyd Reifer are among five candidates vying to represent the constituency of St George North in the upcoming November 11 By-election.

Last Thursday former Member of Parliament Delisle Bradshaw, in comparing the contributions of Toni Moore, the BLP’s candidate, to that of the DLP’s candidate Floyd Reifer stated: “Any idiot could play cricket.” This comment generated some backlash across social media platforms.

While not conteding that he was not addressing Bradshaw's comment in isolation, Sutherland went on to assert that the BLP treated sportsmen with dignity. He pointed out that previous parliamentary representative for St George North Gline Clarke, who was also accompanying Moore and Sutherland at the time, ensured that Floyd Reifer “as a sportsman, was treated properly”.

Stating his intention to elevate sports as the current Sports Minister, Sutherland said: “Every quarter I am meeting with the BOA - the Barbados Olympic Association, to look at how we treat elite sportsmen and women in this country. Sports is critical on the [Barbados] Labour Party’s agenda and in no way will we seek to diminish the value that sportsmen bring to this country.”

The Minister sought to “put an end” to the narrative that the BLP did not value sportsmen or that sports were being underrated. He said that he wanted to just “set the record clear for the naysayers and those who are seeking to be critical” of this government.

Moore: 'I will admit I had a view that politics is dirty'