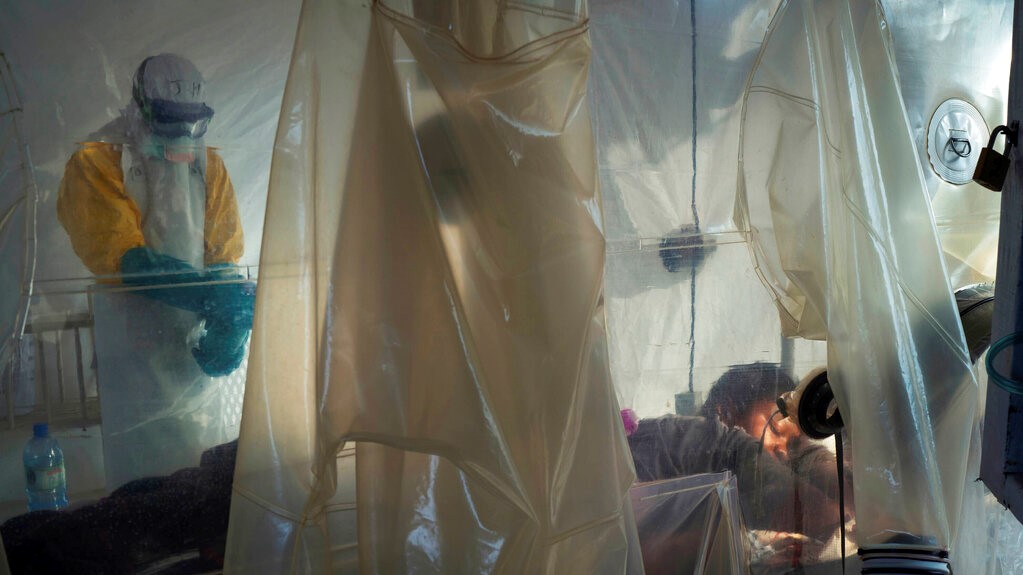 The preliminary findings prompted an early halt to a major study on the drugs and a decision to prioritize their use in the African country, where a yearlong outbreak has killed more than 1,800 people.

The early results mark "some very good news," said Dr Anthony Fauci of the U.S. National Institutes of Health, which helped fund the study. With these drugs, "we may be able to improve the survival of people with Ebola."

The two drugs — one developed by Regeneron Pharmaceuticals and the other by NIH researchers — are antibodies that work by blocking the virus.

While research shows there is an effective albeit experimental vaccine against Ebola — one now being used in Congo — no studies have signalled which of several potential treatments were best to try once people became sick. During the West Africa Ebola epidemic several years ago, studies showed a hint that another antibody mixture named ZMapp worked, but not clear proof.

So with the current outbreak in Congo, researchers compared ZMapp to three other drugs — Regeneron's compound, the NIH's called mAb114 and an antiviral drug named remdesivir.

On Friday, independent study monitors reviewed how the first several hundred patients in the Congo study were faring — and found enough difference to call an early halt to the trial. The panel determined that the Regeneron compound clearly was working better than the rest, and the NIH antibody wasn't far behind, Fauci explained. Next, researchers will do further study to nail down how well those two compounds work.

The data is preliminary, Fauci stressed. But in the study, significantly fewer people died among those given the Regeneron drug or the NIH's — about 30% compared to half who received ZMapp. More striking, when patients sought care early — before too much virus was in their bloodstream — mortality was just 6% with the Regeneron drug and 11% with the NIH compound, compared to about 24% for ZMapp, he said.

Among people who receive no care in the current outbreak, about three-fourths die, said Dr Michael Ryan of the World Health Organization. All of Congo's Ebola treatment units have access to the two drugs, he added, saying he was hopeful that the news would persuade more patients to seek care — as soon as symptoms appear.

Tackling Congo's outbreak has been complicated both by conflict in the region and because many people don't believe Ebola is real and choose to stay at home when they're sick, which spurs spread of the virus.

"Getting people into care more quickly is absolutely vital," Ryan said. "The fact that we have very clear evidence now on the effectiveness of the drugs, we need to get that message out to communities."

One issue researchers will have to analyze: Occasionally people who receive the Ebola vaccine still become sick, including some in the treatment study, which raises the question of whether their earlier protection inflated the drugs' survival numbers.