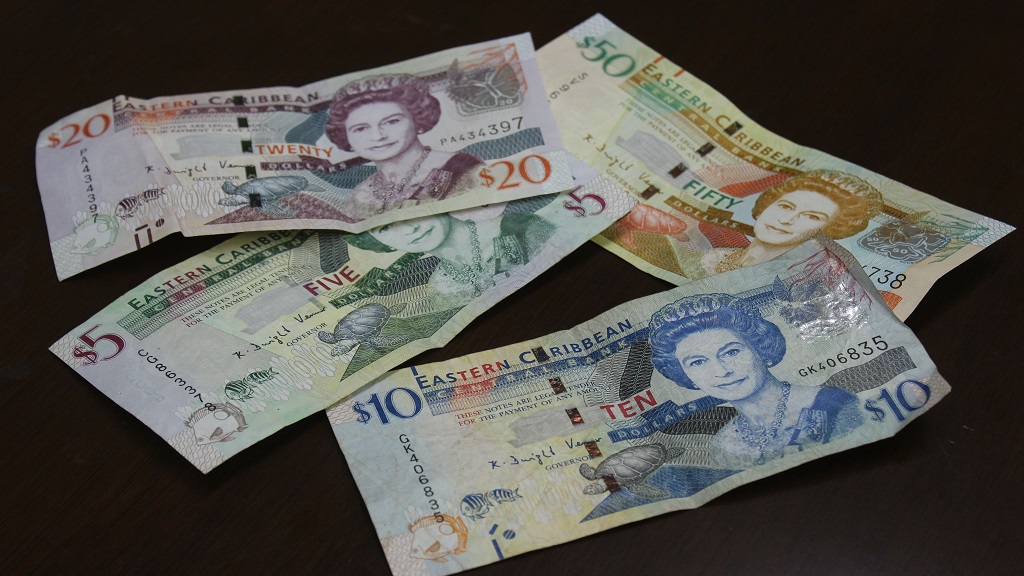 June of this year has been selected as the month when the Eastern Caribbean Central Bank (ECCB) will, for the very first time, put banknotes made out of polymer into circulation.

First into circulation will be a new $50 bill followed by the $100, $20 and $10 bills in August/September of this year and the $5 bill in 2020. This means that the polymer notes and the current paper notes will be co-circulating in the territories of the ECCB, which incidentally is the first Central Bank in the Caribbean to issue an entire family of banknotes in polymer.

Polymer banknotes are produced from a thin, transparent and flexible plastic film made from polypropylene.

The polymer notes are said to be portrait oriented with modernized images and landmarks and unique tactile features on each one of them (for the blind and visually impaired). The notes are also said to have a see-through window with fuchsia/pink flowers, holographic foil strip on the $20, $50 and $100 notes, a new design on $50 bill and a new signature, that of the ECCB’s Governor, Timothy N. J. Antoine.

The polymer $5 note retains all the features of the current note. It depicts the Trafalgar Falls, Dominica and Admiral’s House, Antigua and Barbuda.

The polymer $10 note retains all the features of the current note in that it depicts the Admiralty Bay, St Vincent and the Grenadines and the Warspite, Anguilla.

The polymer $20 note retains all the features of the current note which depicts the Government House Montserrat and the Nutmeg, Grenada.

The bank believes that given the store of value of polymer notes, it is highly unlikely they will end up in the environment as a hazard. Further, notes that are no longer fit for circulation will be returned to the ECCB.

New Eastern Caribbean bank notes to be accessible to the blind