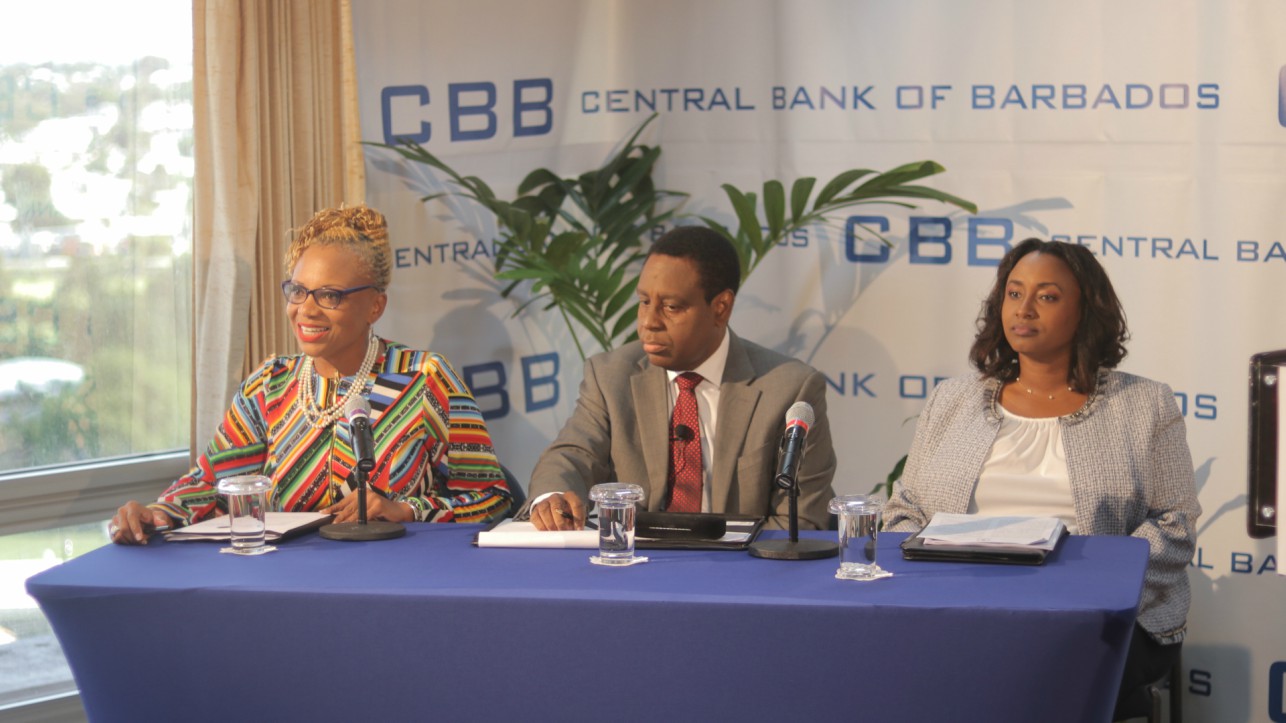 Barbados experienced a meagre one percent growth for the year 2017 and the outlook for this year does not forecast any improvements. In fact, growth maybe as little as 0.5 percent if government does not move with haste to cut its expenditure.

Governor of the Central Bank of Barbados (CBB), Cleviston Haynes painted the picture for the island's economy for the rest of the year- highlighting the areas of grave concern. He said it was absolutely critical that government reduce its expenditure.

Speaking at today's 2017 economic review, Haynes said though the CBB is encouraged by the direction of the fiscal deficit, which fell by 33 percent when compared to the same period last year, there was still room for improvement on the expenditure side.

He said the adjustments through taxation have allowed government some room to manoeuvre, however transfers and subsidies to state-owned enterprises was still too high, $803.4 million, as well as grants to public institutions such as the Queen Elizabeth Hospital (QEH) and the Transport Board which was $515.4 million.

Commenting on suggestions from the International Monetary Fund (IMF) that there needed to be a reform of government pensions and a reduction in wage bill, Haynes agreed reform of statutory bodies is needed. Haynes also said government would need to make clear decisions about how a public sector reform would be undertaken, noting job cuts may be likely.

Haynes said although the topic of selling off government assets was a touchy one for Barbadians, considering the pressure government was under to fund these institutions, it may be time to consider what assets need to be divested.

"More broadly as part of the overall fiscal adjustment they do need to look to see if there are alternatives or additional institutions which would be right for divestment. Assets which the government has acquired sometimes … you may have outlived that rationale. You want to utilize the resources from those assets to be able to deploy them into other needy situations therefore the whole issue of divestment is one that we cannot ignore at this point in time. "

The governor also noted it was imperative government rush to complete the sale of other assets such as the Barbados National Terminal Oil Company (BNTCL) valued at $100 million, which has been stalled by a decision by the Fair Trading Commission, and the sale of the Hilton Hotel valued at $80 million.