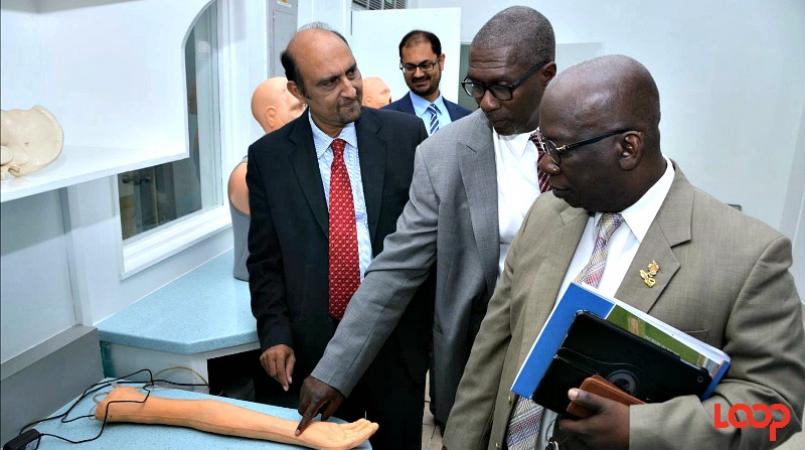 Minister of Education Ronald Jones is refuting claims that the American University of Barbados (AUB) is not regulated.

He cleared the air yesterday when members of the university and education officials met with media to give an update on the project.

Jones said the Government of Barbados is extremely happy that a university which is an associate concern of prestigious Era’s Lucknow Medical College and Hospital in India is aiming to emulate the same quality and standards in Barbados.

He said other Caribbean countries have been moving ahead with medical schools and Barbados has taken its time in getting to this stage.

“This is not offshore, this is on land; this is in Barbados – albeit the resources are from external partners of Barbados. As you know we have gone ahead on what we call a deliberate course to assist the economy of Barbados, first the American University of Barbados and there are three other medical schools in Barbados,” he disclosed.

The other three are expected to open by September this year.

Jones said he believes that at times people do not understand what they are talking about and this can lead to the spread of misinformation.

“This AUB, just like all others, first must be registered as tertiary providers of education by the Barbados Accreditation Council, which is the statutory body for the registration,” he said.

He said Cabinet was clear in the initial exercise that there cannot be a college here from which Barbadians are not allowed to benefit or are barred.

“In fact the first of students at the AUB were Barbadians students,” he proudly declared.

It was further noted that the AUB has arrangements with the hospitals in the United States of America for its students to do their clinical rotations which can lead them to get their residency programme.