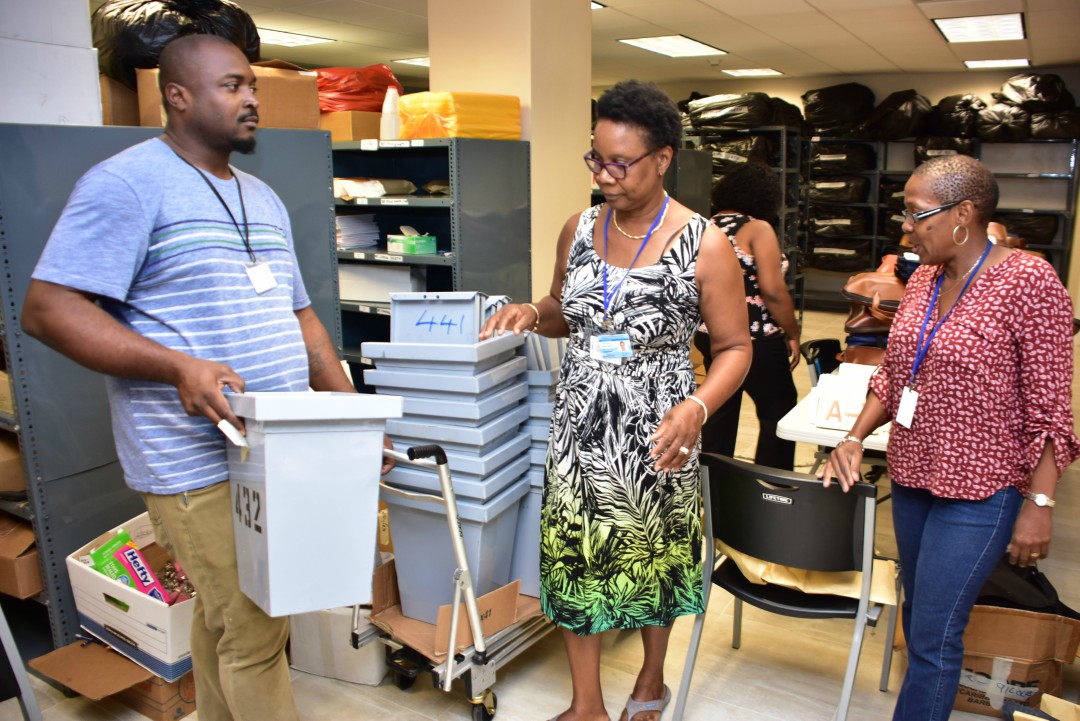 With less than 24 hours to go before the May 24 General Elections, the Electoral Department has been a hive of activity, with the management and staff pulling out all the stops, ensuring that it is ready for polling day.

This disclosure has come from the Supervisor of Elections, Angela Taylor, who said the Electoral Department has been extremely busy over the past few days, with staff preparing the packages of election materials, supplies and equipment for polling day.

“Much of the last two days has been spent collecting ballot papers from the Government Printery, after which they were checked to ensure that they were properly numbered, and that there were no inconsistencies or inaccuracies in the ballot books.

Mrs. Taylor noted that on Tuesday evening, all of the Returning Officers and Election Clerks were engaged in a refresher training session in preparation for Election Day. It included training in the use of an Election Management System, a new software which will be used for, among other things, entering the results of the count. “The results will be transmitted to the Electoral Department and some of the media houses will also receive live feeds from that data.

“Today, Wednesday, we will continue to respond to persons querying their registration status and the office will continue to be a hive of activity as Returning Officers collect materials and election equipment for distribution to the Presiding Officers in their respective constituencies,” she pointed out. She added that schools closed at 1:00 p.m. today to allow officers to set up the rooms which will be used as polling stations.

The Supervisor of Elections expressed disappointment that some persons did not heed the department’s call to register early. “We would have started our public relations programme a year ago, in which we were asking those persons who were not registrants to get registered; those persons who changed address since last election to come in and make the change, and persons, as usual, waited until the last minute,” she stated.

Some polyclinics to close on Election Day