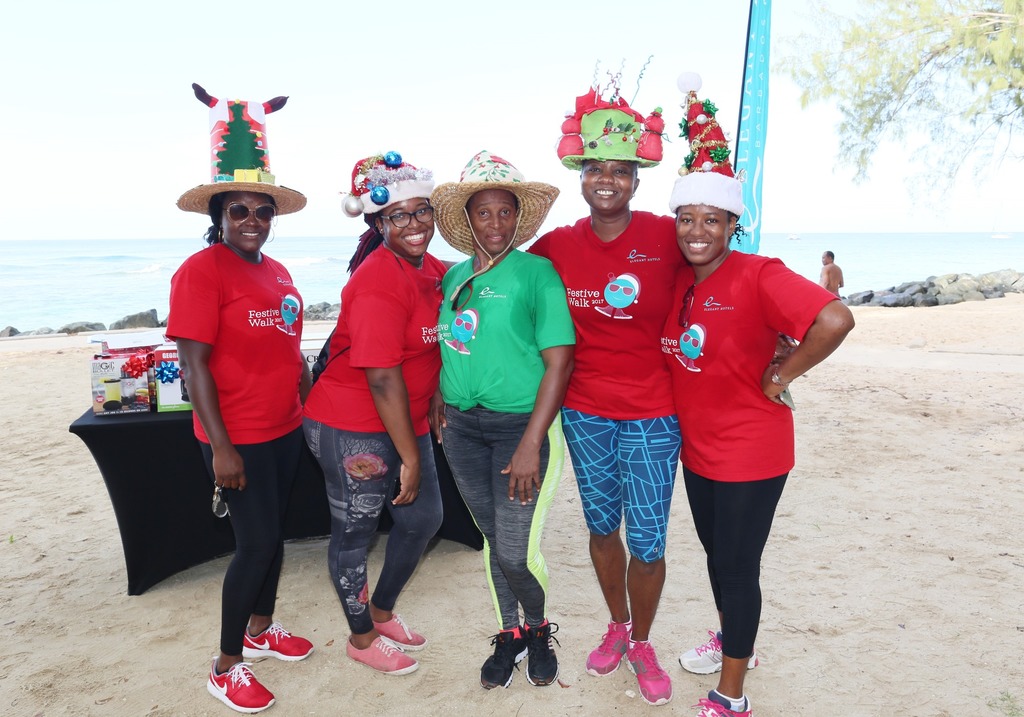 Elegant Hotels Group’s team members pose with their festive hats made for the walk.

The Elegant Hotels Group brought the parish of St. James alive recently with a Festive Walk to mark the start of the Christmas season.

Approximately 300 of the Group’s team members, decked out in colourful T-shirts and decorative hats, took to the streets from 6 a.m., starting from the Folkestone Park, moving along Highway 1 to Greenwich Hill onto Royal Westmoreland, Porters and then back to Folkestone, to the delight of onlookers.

Gayle Talma, Group Operations Director, explained that the event was about getting the Group’s team members energized and ready for the upcoming festive season. She said:

“This is the first time we organised the walk as part of our social programmes for our hard-working team members across our Group including Colony Club, Tamarind, The House, Treasure Beach, Crystal Cove, Turtle Beach, Waves Hotel & Spa, Daphne’s Restaurant and the Corporate Office. It was a fun and exciting team building exercise for them and it was a delight to see such a huge turnout."