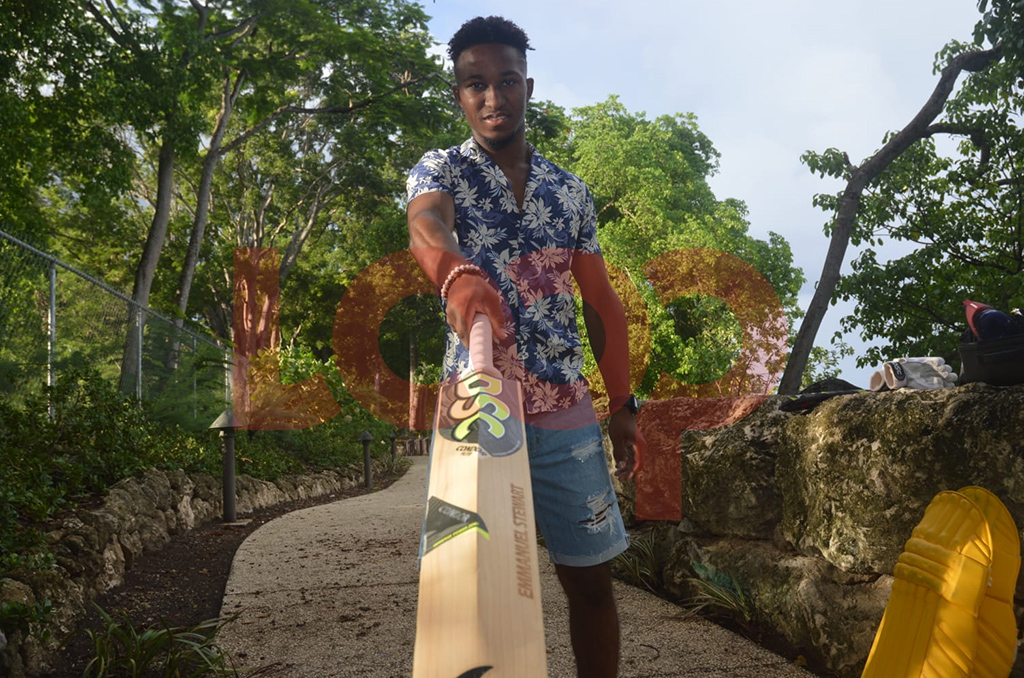 Emmanuel Winston Junior A. Stewart was born in Meldrum Village, Carriacou, Grenada on the 23rd day of August 1999. The right-handed batsman, who also wicket keeps, made his debut in regional Under 19 cricket playing for the Windward Islands and, captaining the West Indies Under-19 squad.

Currently a second-year student at the Cave Hill Campus of the University of the West Indies in Barbados, LOOP Lifestyle caught up with him on Batt’s Rock Beach near campus.  It is one of his favourite spots on the island; a place to “relax and just enjoy nature.”

“I go to the beach sometimes in the early morning or late in the evening and just enjoy my time with myself. Sometime I might call a couple of friends, a couple of my teammates and we would just hang out and old talk a bit about stuff, be it cricket or life.”

We wanted to know what got him involved in ‘the Gentleman’s Game.’

“Growing up I went to everything. I mean, I used to play a bit of football, I used to do athletics . . . then my sister bought me a pair of pads, a pair of gloves and a bat because at that time she used to go to school in Trinidad. So I just tried something new,” he said, adding that it was his dad Winston, who had a hand in his sporting choice as well.

Emmanuel reminisced, “my dad used to push me in terms of being a better person and that sort of stuff, but I was probably too young to remember anything concerning him and playing because I lost him when I was five. It basically my mum and my sisters.”

The 20 year old calls the his back “backroom staff” – his mother Evelyn, his sisters Winner, Wilma, Wineth and Willian and of course there are his nieces, nephews, some close friends and other family members who are there rooting for him, cheering him on, though not at his matches or in person.

“I basically do it for them right about now and that’s pretty much it so that is how I got involved and this is the reason why I m doing it. Yes, I have a passion for the game now and a love for the game but also I have my family in mind.

“It is not easy being away from home but I think moving away from home was something I needed to do. I already knew when I was in Fifth Form at Hillsborough Secondary School what I wanted to do and that is what I believe was key for me. In life, anything that you want to do in life you need to know what it is that you want to do and why you want to do it,” a focused Emmanuel stated matter of factly. He explained for him, once he was able to figure that part out, he knew he had to do to reach his goal. Get out of his comfort zone at home. 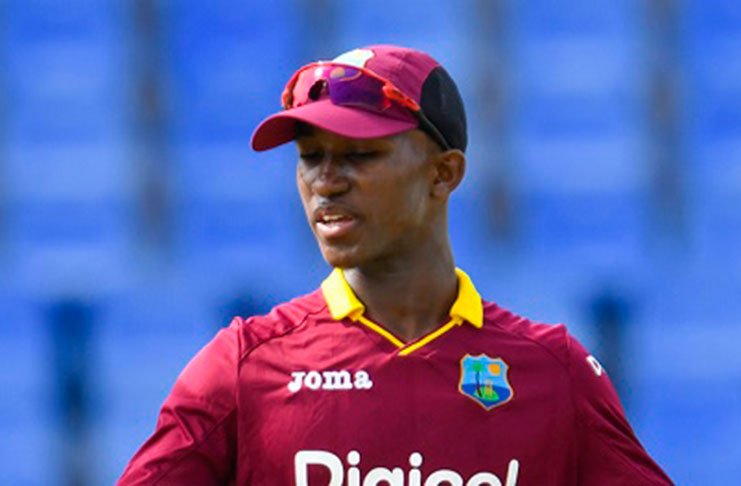 Emmanuel was also quick to point out his “backroom team” and their grounding; especially mum had a big part to play in that. As he picks up his gear, one could get a glimpse of some fine writing on the side of gloves. It was not the usual branding, but in a fine handwritten print, 1 Corinthians 16: 13-14. It was also written on his bat and much of his gear. 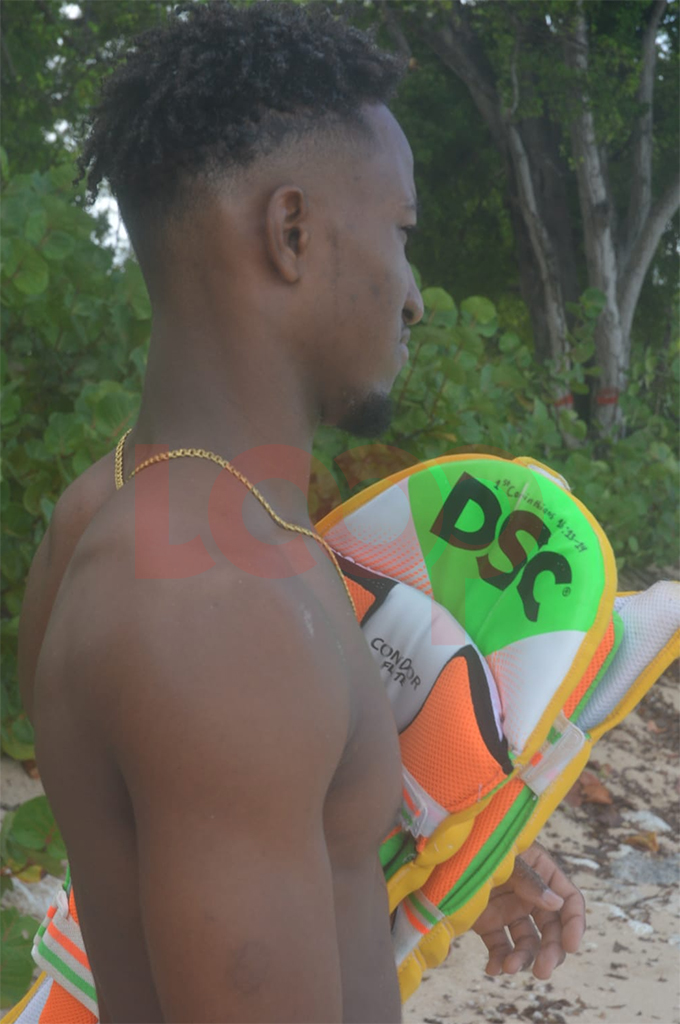 Currently, Emmanuel is studying Sports Science at the Cave Hill and playing for the UWI Blackbirds.

“For me, cricket is at the forefront of everything right now. I am already a professional cricketer playing first-class cricket, but I want to play all format of the game for the West Indies and hopefully, one day become a Capped player. Outside of that, I can branch out that’s why I am doing Sports Science now.

“I can branch out into becoming a Sports Psychologist and so I can give back to the game post my cricket career. That is basically my plan. I know thing may not go according to plan so depending on how things go, I would change accordingly.

With this in mind, Loop Lifestyle asked him for his take on the state of West Indies Cricket and also, given he has been in the hot seat what would his advice be.`

“Things will get better . . . obviously, things will change.  You now a lot of youngster coming into the team but there are experienced players still so to get results things will take time. We have to be patient. There is a lot that happens behind closed doors that we don’t know [about] but I think the guys are really putting in the necessary work that needs to be done and it is just a matter of time before the results reflect that.

“I mean Under 19 will be different from the senior team [and] everyone is entitled to their opinion and player can’t really control that but we can focus on our game. Yes we want to make the Caribbean and our respective countries happy and the fans proud and we can’t win every game but we can improve and grow from strength to strength from every game,” the Under 19 Captain countered. 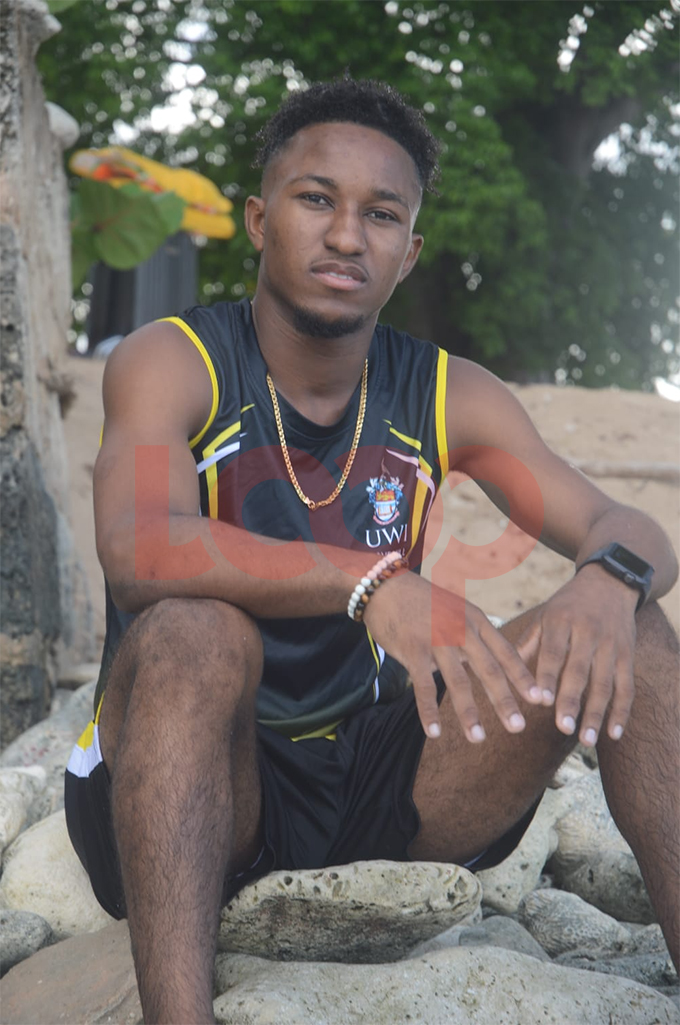 And he had taken his own advice, stepping back, assessing and coming up with a plan and putting it into action. It started with his taking some time away from the game immediately following the Under 19 World Cup in New Zealand.

“That time away helped me a lot. I think that is the key for any player, any individual to just keep getting better with every performance and keep being consistent . . . that is how you are going to be recognized as a player and that is how selectors are going to see you.

“Development is a must. It needs to happen for you to grow as a person and as an individual. I think I have done that pretty well and looking ahead, I can’t really say what will happen in five years or maybe even two years from now, but I have goals and I’ll just keep setting and resetting them where necessary, as I go along. That is it. Keep working hard, keep working smart. Keep doing my school and just keep going,” he added.

“ . . . and when you do achieve the success, you need to be humble in that as well and just keep getting better and going from strength to strength.

“You can’t think limits because once you do, as the word suggests you will be limiting yourself. Ninety-five per cent of the game is played in your mind. Telling yourself that you can’t do something will result in it not getting done.”

Sign Language interpreter aims to make soca accessible to all