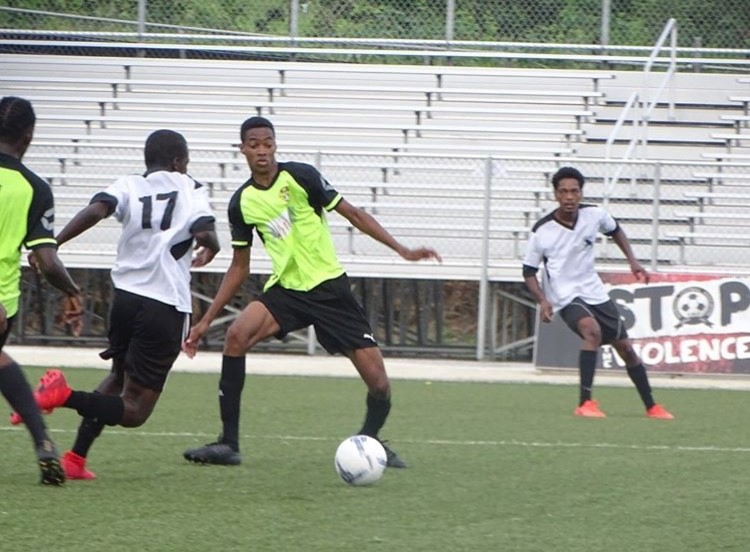 Both teams came into this encounter tied on points and goal difference, after respective first game victories.

It took the brilliance of former national forward Jabarry “Papi” Chandler to separate the teams, converting his second goal of the tournament in the 77th minute.

Earlier in the evening, an old feud was recreated when Pride of Gall Hill came up against Pinelands.

This was one of the most highly anticipated and thrilling encounters of the late ’80s and ’90s which resulted in close results and three decades later, things are seemingly the same.

Shaquan Welch was Gall Hill’s goalscorer in the 24th minute.

In the final game of the Sunday triple treat, Division two rivals Villa United and Checker Hall United played in a 12 goal thriller.

Villa’s Norron Corbin became the second player to score five goals in this competition and led his team to a 7-5 triumph over the northern based Checker Hall outfit.

Cumberbatch scored in th4th, 16th and 22nd minutes while teammates Tyreke Archer and Azari Collymore scored in the 25th and 89th minutes respectively.