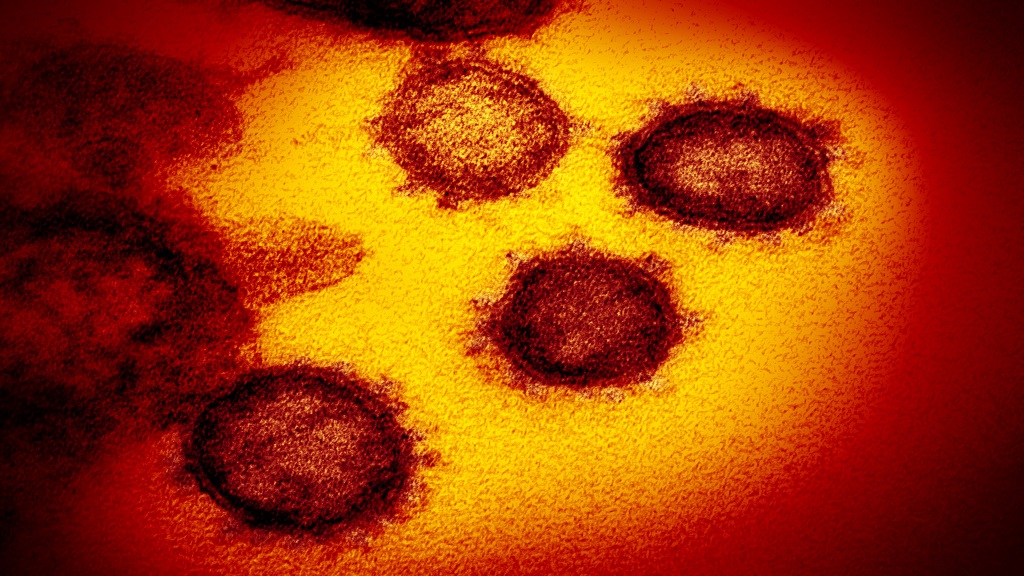 This undated electron microscope image made available by the US National Institutes of Health in February 2020 shows the Novel Coronavirus SARS-CoV-2, the virus that causes COVID-19. (NIAID-RML via AP).

The English Premier League (EPL) will seek to allay players' concerns about health risks as the government prepares to release protocols allowing a phased resumption of contact training as COVID-19 restrictions are eased.

British Prime Minister Boris Johnson on Monday (May 11) set out how elite sports could resume in June if there is not a new spike in COVID-19 infections.

But, with hundreds of people still dying each day, London Mayor Sadiq Khan said on Tuesday (May 12) it was too early for games to be staged again in the capital which contains five Premier League clubs.

“Sadiq is ... concerned about the welfare of players competing in all professional sports, not just football,” the mayor's office said in a statement. "There are huge questions to be asked how players could train safely, how they would travel to matches and how they could play competitive matches without the risk of spreading infection.”

The government is planning to release a strategy this week that allows players to resume group training even as social distancing is being encouraged in wider society.

“It’s about the building blocks — how long before we can go back into full contact training?” Premier League chief executive Richard Masters told reporters. "It does depend on what sort of contact because obviously you’re trying to ensure the players keep themselves safe even during that contact training situation and that will have to be dealt with on a case by case basis.”

It is two months since the last games were played before the league was suspended during the pandemic.

“One thing is for sure," Masters said, "all clubs will have to be safe and secure in the knowledge that their players are going to be fit before a decision on going back on the pitch is taken, given that they have had such a long layoff.

Masters said players will be consulted about how a safe environment can be created at training and then games.

“It is right that they will have concerns and questions and we need to hear those first,” Masters said.

“The moment we do go back we need to make sure it’s at a moment where it’s not just for footballing reasons, it’s safe for not just us footballers but the whole medical staff, referees,” Sterling said on his YouTube channel. "I don’t know how that’s going to work. I feel like once that side of the people’s safety and the player’s safety is secured and their well-being is being looked after, then that’s the right time to go back in.

"Until then, I’m … kind of reserved and thinking what the worst outcome could be, but at the same time looking forward to it.”

Players and coaches will be regularly tested at training venues for COVID-19. Masters does not envisage full squads having to self-isolate if there is a situation like at Dynamo Dresden last week. Two players at the German second division side tested positive for the coronavirus, forcing the entire squad, coaching and supervisory staff to enter 14 days of quarantine at home.

“If a player tests positive,” Masters said, “providing he has been socially distanced in the protocols, he would be isolated for a period but there would be no need for the rest of the group to be."

Bundesliga to return on May 16